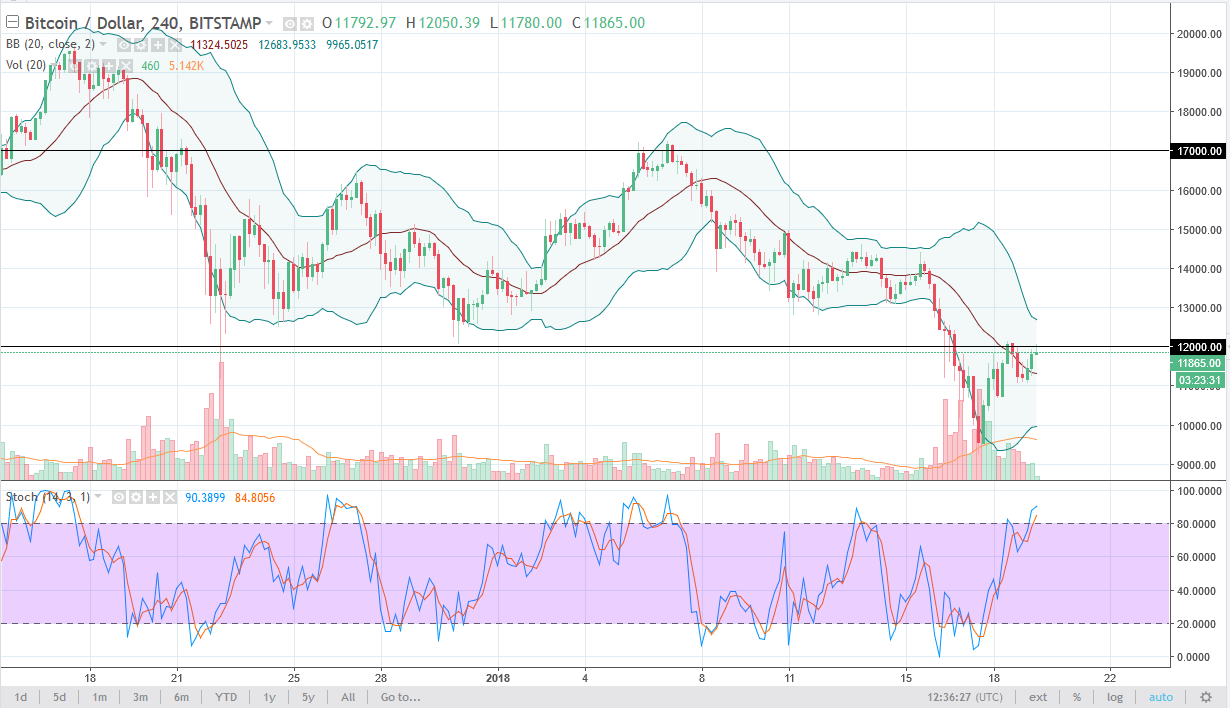 Bitcoin markets rallied a bit during the day on Friday, but continue to find resistance at the $12,000 level. The stochastic oscillator is in the overbought area, and looks likely to cross soon. There is very little in the way of volume, so I suspect that the market is going to continue to favor selling. It is not until volume picks up on a move higher that I am comfortable going long. At this point, I think we are much more likely to see the market drop to test the lows again. If we were to break above $13,000 and show signs of volume again, then I would be willing to go long.

Bitcoin went sideways against the Japanese yen as well, and still faces a significant amount of resistance at the ¥1.5 million level. Any rally at this point in time will more than likely find a lot of resistance, at least until that area is broken above. Volume is a bit better in this market, but that makes sense considering most of the largest trade blocs can be found in Asia. At this point though, I would be very leery of buying.

Thanks for watching, I’ll be back tomorrow