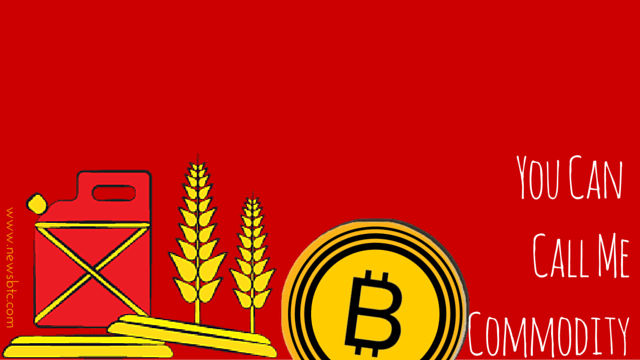 Bitcoin as a Commodity, Seriously?

The United States federal authorities have a mind of their own. Every department considers bitcoin as their own and want to control over it. It has already been proven multiple times, starting from bitcoin being considered as currency by FinCEN, money by SEC, property by the IRS and recently commodity by CFTC. The latest development has enraged bitcoin community, who are currently debating about the validity of CFTC’s claim.

It all started when the Director of Enforcement at CFTC, Aitan Goelman made this statement:

“While there is a lot of excitement surrounding Bitcoin and other virtual currencies, innovation does not excuse those acting in this space from following the same rules applicable to all participants in the commodity derivatives markets.”

An US publication decided to go around and ask the bitcoin community about their views on bitcoin as a commodity and recent statement by Aitan Goelman. Some of the members of bitcoin community refrained from making any rash comments. One of the developers mentioned that he was surprised to hear Aitan Goelman calling bitcoin a commodity, and it seems like CFTC has a very weak case. He also mentioned that it is not a surprise to see US regulators wanting more jurisdiction, giving rise to bizarre rulings.

Researchers seem to have a different outlook. They seem to think that each ruling is to be considered in a particular context and not to be generalized. The exchanges are just lying low and waiting to see the extent of damage this ruling may cause. They are willing to jump the ship and move their company to a different jurisdiction altogether as soon as they notice signs of things going south.

One of the C-level executive of a company urged the regulators to pull up their socks and work together so that they can come to one definitive conclusion. Giving examples of UK and other countries where different departments interact with each other before coming to a conclusion, while taking public opinion into consideration. US regulators seem to have done away with all these processes and they just declare whatever comes to their mind.

Everyone in the community seem to disagree with the CFTC’s move to classify bitcoin as a commodity, but will the “democratic” government and its bodies listen to them or reconsider is not something that can be expected at the moment. However, one can wish for the things to turn out good so that everyone can be happy.

BitStarz Player Lands $2,459,124 Record Win! Could you be next big winner?
Get 110 USDT Futures Bonus for FREE!
Read our comparison of 50 different crypto casinos. Find out who has most generous bonuses, best UX, knowledgeable customer support and best provably fair games.
Tags: bitcoinBitcoin Newscftccommoditycurrencyfincenirspropertyregulatorssec
Tweet123Share196ShareSend
Win up to $1,000,000 in One Spin at CryptoSlots