Bitcoin price confirmed one bullish signal after another and may be poised to continue its rally from here.

The 100 SMA completed its crossover above the longer-term 200 SMA to indicate that the path of least resistance is to the upside. In other words, the uptrend is more likely to be sustained than to reverse. The moving averages could hold as nearby support levels on a pullback also.

RSI is indicating overbought conditions or that buyers are exhausted and willing to let sellers take over. Turning lower from the overbought region could push bitcoin price to retreat to the dynamic support and area of interest around $6,400 before resuming the climb. Similarly stochastic has reached overbought territory and looks ready to move south, so bitcoin price might follow suit. 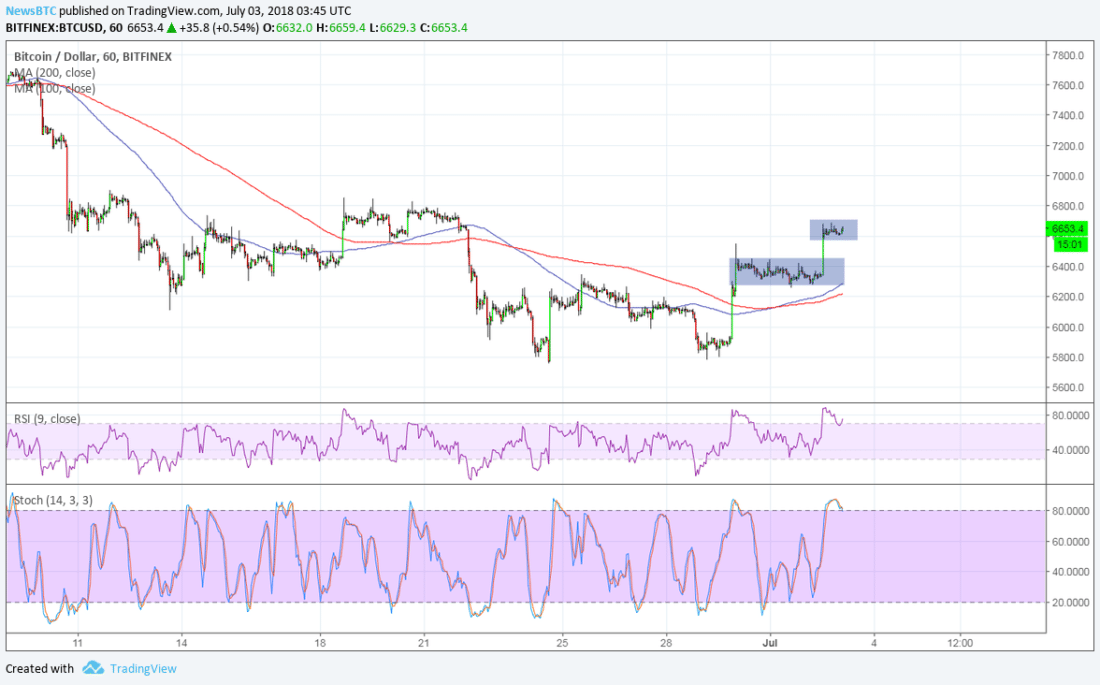 Bitcoin has sustained its strong start to the month and quarter, likely buoyed by investor optimism that more positive developments can arise in this latter half of the year. Many still predict that bitcoin price could recover to the $20,000 highs before 2018 ends, with some even projecting that it could reach $50,000.

Others think that the recent rallies are merely a dead cat bounce from the recent strong declines. After all, there appear to be no major catalysts driving the latest moves apart from risk-on flows. Traders seeking higher returns appear to be turning towards cryptocurrencies since stocks and commodities have been vulnerable to trade rhetoric.

Looking ahead, market sentiment could continue to impact bitcoin price movements, although it’s not hard to imagine that headlines on regulation could return to the spotlight.