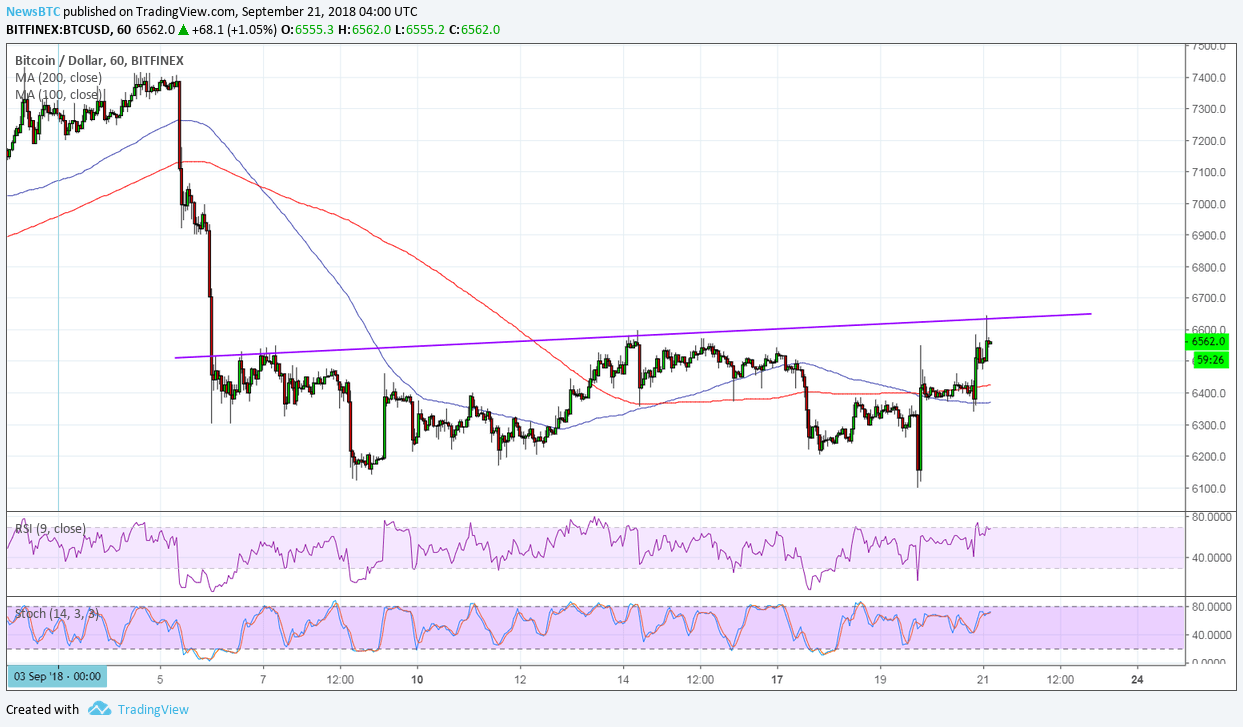 Bitcoin price could be due for an uptrend as it tests the neckline of the short-term double bottom formation.

The 100 SMA recently crossed below the longer-term 200 SMA to signal that the path of least resistance is to the downside. This means that resistance is more likely to hold than to break or that the selloff might still resume from here. In that case, price could head back to the bottoms around $6,100 or even break lower.

Then again, the moving averages could simply be oscillating to reflect range-bound conditions. Another bullish crossover could bring more buyers to the mix and provide enough momentum for a break higher and a continuation of the climb.

RSI is still moving up but hovering around overbought levels to signal exhaustion. Turning lower could bring selling pressure back in and lead to another dip to support. Stochastic has more room to climb, so there’s a chance that bullish pressure could stay in play for a bit longer.

Bitcoin appears to be drawing support from the latest SEC order on gathering more input for the public as it prepares to make a ruling on the VanEck/SolidX bitcoin ETF application. Recall that they’ve extended the comment period on this already and might do so again, possibly until February next year.

However, an approval could bring strong gains for bitcoin and the rest of its altcoin peers as it would represent a thumbs-up from the regulator on the sector. On the other hand, flat-out rejection could push bitcoin price to new lows. Another extension of the review period might lead to a dip and further consolidation.