Pantera Capital’s founder, Dan Morehead, in a podcast, said Bitcoin is growing at a compound annual rate of 235 percent. At this pace, BTC’s would be worth $42,000 by the end of the year. Meanwhile, prices are relatively calm, up roughly two percent in the last day.

By acting as money and a settlement layer, Bitcoin is a topic of discussion amongst politicians. All the same, considering the receptiveness of governments toward blockchain, the underpinning technology of Bitcoin, fund managers are noticeably bullish.

Of the many, Dan Morehead, the founder of Pantera Capital, is optimistic of Bitcoin’s future. Not only does he say scalability, a persistent problem for Bitcoin and other public chains, will be resolved as the network grows, but he encouragingly adds that BTC prices would increase more than ten-fold in the next three years.

In one episode of the Unchained podcast, aired on July 23, he said: 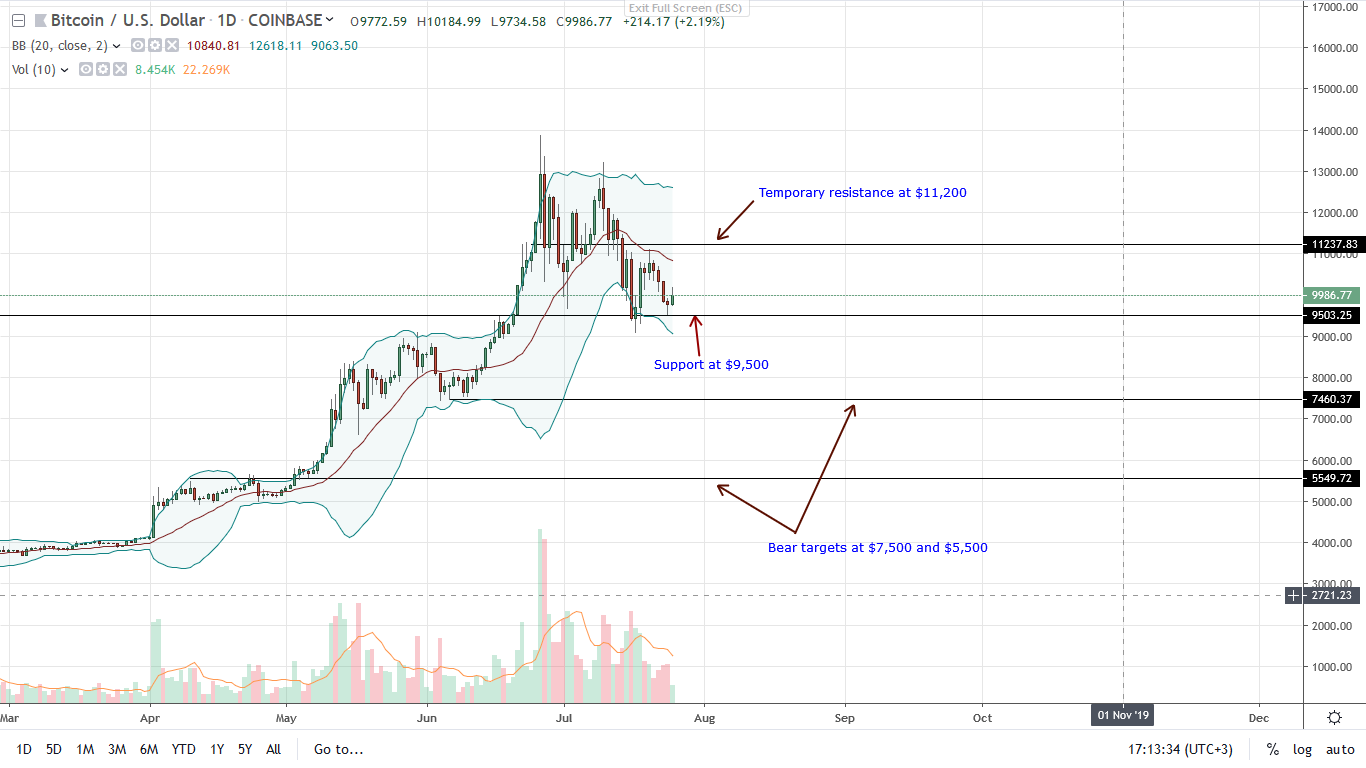 Presently, BTC is back to green, adding 1.9 percent in 24 hours. Interestingly, prices are reacting from $9,500, a significant support level.

In a clear bullish trend, risk-off traders can nonetheless liquidate the asset on every high as long as prices are trending below $11,200. This line of thought is because $11,200 is the next resistance line. The level marks the upper limit of the two conspicuous bear candlesticks of July 14 and July 16.

As such, July 16 bear candlestick is leading this trade plan. Aforementioned, the breakout above $11,200, reaffirming buyers of July 14, ought to be with high trading volumes above 43k.

Tags: bitcoinbtcpantera capital
Tweet123Share196ShareSend
Win up to $1,000,000 in One Spin at CryptoSlots