Bitcoin Buoyed By Free Marketing, Will BTC Prices Double By 2020?

Despite deliberate attacks from politicians, Bitcoin as an innovation is an “unstoppable force”. Fearing the unknown, they are unknowingly marketing BTC as an alternative. For now, BTC is steady, but bears are firmly in control.

Cryptocurrency investors and traders are in the space to make money, then later for the technology. At least that is what statistics reveal. Bitcoin may be the first of its kind -and a genuinely successful digital asset that continues to transform lives.

Since the ledger that underpins Bitcoin is immutable and secured by a swarm of supporters across different geographical locations, its network is highly reliable as well as robust. Besides, because of mathematics, there is no need for trust.

As a result, there is low latency and costs. Because of this and more, analysts argue, Bitcoin is a real threat to fiat including the dominant of them all, the USD. Trump calls the central bank issued currency, the “mighty.”

Even so, it is prone to manipulation, and with a distinct, centrally controlled SWIFT network; the USD can be a controlling tool. By imposing financial sanctions, the US and allies can achieve their objectives regardless of innocent citizens of the affected economies.

To that end, Iran whose Iranian Rial collapsed, dropping by 50 percent plans to roll out a gold-backed national currency. While at it, Iranians are mining the scarce BTC which is their reliable store of value as hyperinflation rages on. 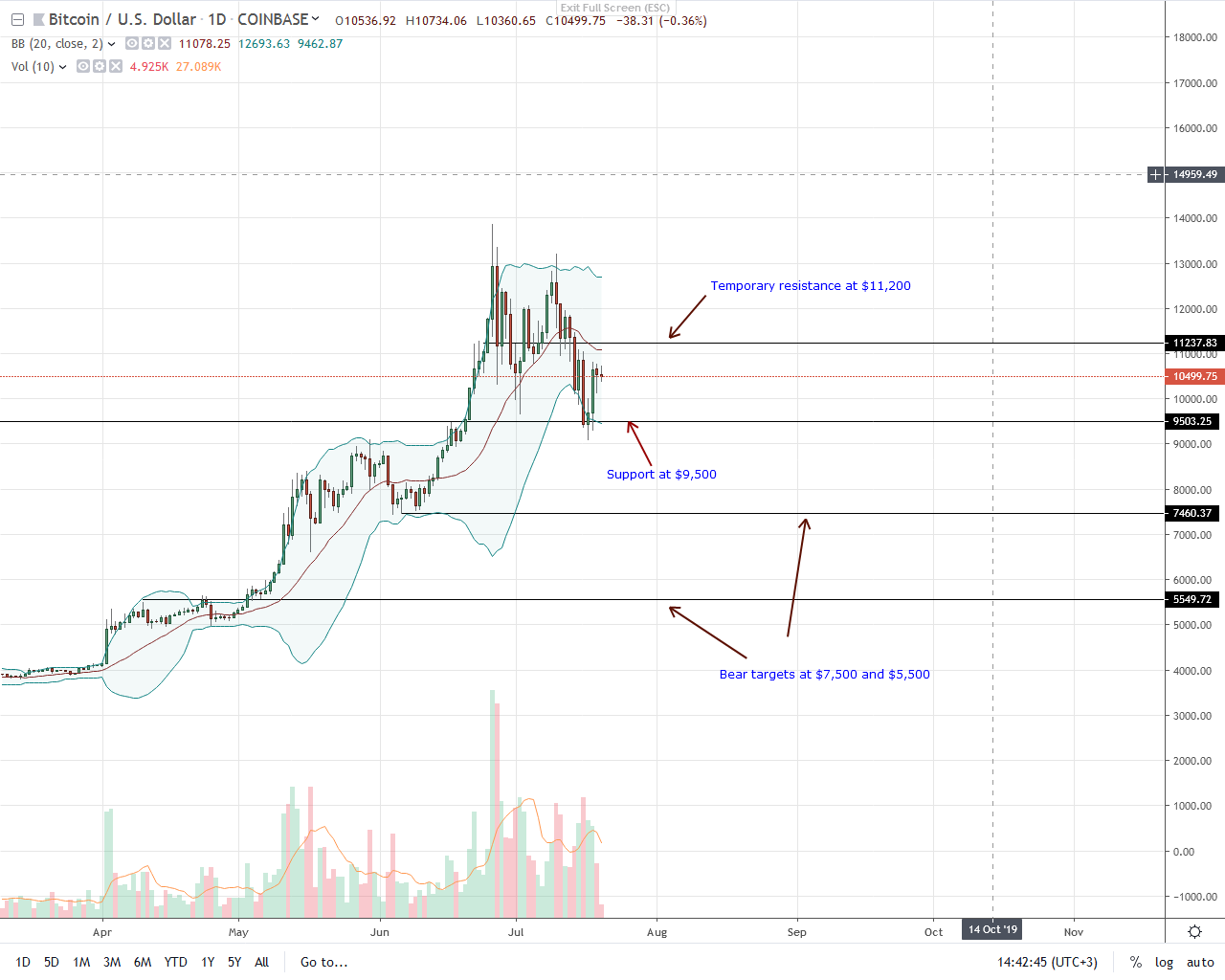 At the time of press, there is a temporary respite for Bitcoin. After days of unrelenting drawdown, BTC buyers are back. However, considering the level of participation-and candlestick arrangement more so as visible from the weekly chart, bears may flow back, crashing the optimistic.

Besides price action that is favoring sellers and the inability of traders to reverse last week’s losses, current consolidation is a primer for sellers. Unless otherwise there is an up-thrust above $11,200 in a bid to reverse June 27 losses, bears have their sight at $9,500 or lower in days ahead.