Bitcoin by Default is not Anonymous 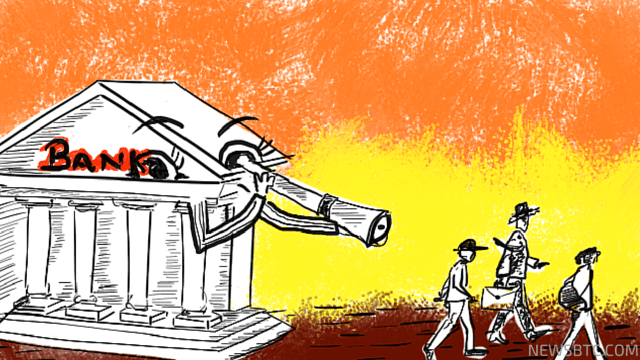 An increasing number of established financial institutions and international banking conglomerates have geared toward the distributed ledger technology of the Bitcoin network.

Some banks even offer customized banking and financial services to bitcoin startups and plan to offer bitcoin-based payment services to existing customers and institutional clients.

However, due to strict financial regulations and policies, banks are required by law makers and law enforcement to keep a detailed record of sensitive customer data, including the origin of transactions, credit data and sensitive personal information linked to the transactions such as name, address and social security number.

Since its birth in 2008, bitcoin has been recognized by the masses as the criminal’s payment network due to its “anonymity.” However, the fact is, bitcoin by default is not anonymous.

It is definitely possible to distort the origin and pathways of bitcoin transactions using services such as the Dark Wallet developed and founded by Cody Wilson and Amir Taaki however, bitcoin transactions are publicly traceable on the blockchain network. Many organizations and institutions advice bitcoin enthusiasts and users to maintain their transactions anonymous and private.

“Freedom of private financial transactions is as important as freedom of speech,” said Justus Ranvier, co-founder of the Open Bitcoin Privacy Project.

“I believe in the long Western tradition of placing a premium on freedom of speech because we know the downsides of restricting it are so severe. I don’t believe it’s any different with money.”

Regardless of such practices, it is possible for banks and financial institutions to use bitcoin and blockchain analytics tools and platforms such as Kaiko and Chainalysis to trace and detect certain transactions that are not distorted using bitcoin wallet services such as Dark Wallet.

Banks and global financial institutions are required by law makers and law enforcement to strictly follow anti money laundering (AML) and know your customer (KYC) policies. To support bitcoin companies and bitcoin-based financial services, banks must record the origin of transactions and the method used to purchase the digital currency.

“Oftentimes fraud alerts will be triggered in other parts of the fraud detection process, and they will be linked to some bad activity on the blockchain, and that will serve as a three-point strike — someone flipped their bank account a number of times, then you see a connection to a dark market and you know that something bad is going on,” Chainalysis co-founder Jonathan Levin told the American Banker.

“It’s not necessarily the only check you’re going to be able to do, but there is some expectation that financial intermediaries should be doing source and destination of funds type analysis,” Levin added.