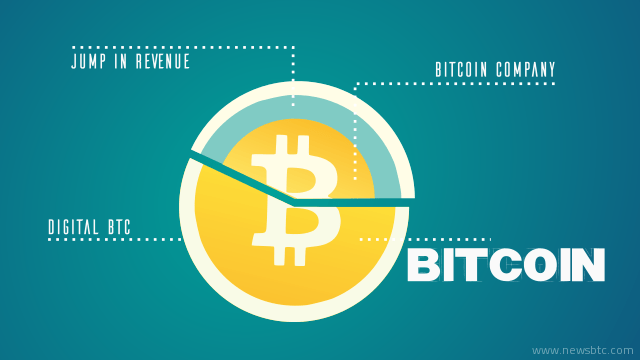 Australian payments company digitalBTC (ASX: DCC) today released its results for the quarter-ended June. The company witnessed a massive jump of 45% in revenue, from $3.8 million in Q1 2015 to $5.5 million this quarter.

The company reported stronger numbers due to a sustained growth in digitalX Direct revenues. digitalX Direct is the flagship product of digitalBTC, providing real-time Bitcoin liquidity to institutions and Bitcoin retailers. The increase in profit margin was attributed to higher sale margins and reduced hedging costs.

The Company reported cash and Bitcoin inventory totaling US$3.6 million at the end of Q2, 2015. This includes US$2.6 million in cash and $US1.0 million in Bitcoin.

The Company issued 15.9 million shares at $0.22 per share to raise approximately $3.5 million from sophisticated investors. The raised funds will be used to accelerate the roll out and commercialization of AirPocket in target markets.

AirPocket is a mobile-based money transfer platform and is the company’s entry in the remittance market. Since the growth in the smartphones market looks poised to continue, digitalBTC believes that this product has the ability to disrupt the remittance market, globally.

Even though the revenue number has come in extremely positive, the company disappointed on the cash flow front, where it reported -$1.2 million in net operating cash flows.

“Pleased with the progress”

digitalBTC’s Executive Chairman, Zhenya Tsvetnenko, commented: “We’re pleased with the progress we’ve made during the quarter, in particular in relation to the AirPocket product, which diversifies our operations into the remittance market. The successful share placement this quarter demonstrated the demand from investors for new and innovative technologies, which have the potential to disrupt global markets. We’ve been encouraged by the initial results in the internal testing phase and I look forward to proving further updates on the products progress over the coming quarter.”

SafeMoon Crashes Back To Reality After Cosmic Hype Storm