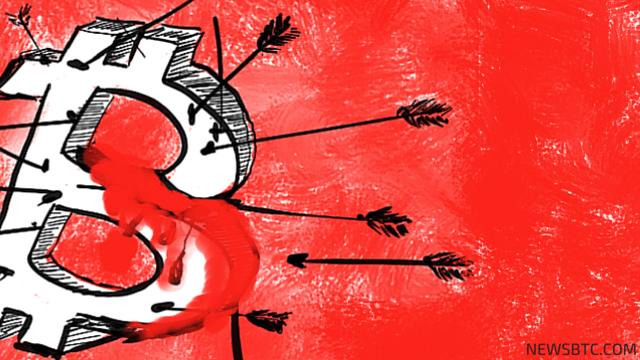 As if we did not have enough Bitcoin associated-DDoS attacks in 2015, the coming year may see the number turn three-fold as automation of such attacks increases. The startling prediction has been made by a Hudson-based DDoS protection solutions provider Corero Network Security (LSE: CNS).

The media release states that the volume of DDoS attacks grew by 32% per quarter, and may result in a 30% jump in Bitcoin ransom demands if the trend is allowed to continue. Dave Larson, COO at Corero Network Security said:

“Just one highly publicized participant will further fuel the epidemic by causing these demands to spread like wildfire. By deploying in-line, real-time DDoS mitigation tools, properly prepared organizations can stem this tide by refusing the ransom requests, secure in the knowledge that they are protected and can withstand the storm.”

A major factor fueling the surge in Bitcoin ransom demands is the increased automation of DDoS attacks. They can definitely become even more powerful, hard-to-overcome, and unstoppable.

The report also brings forth a positive aspect. It expects that internet service providers (ISPs) will play an important role in stemming the increase in DDoS attacks.

According to a survey conducted by Corero, 75% of enterprise-level customers expected an additional layer of security from their ISPs in order to eliminate the DDoS risk. Customers are even ready to shell out 5-10% of their current ISP expenditure for this additional security.

2015 has seen cyber extortionists sparing none, demanding Bitcoin ransoms from government organizations, police departments, IT companies, and others in lieu of returning stolen documents. And with Bitcoin expected to reach more audiences in 2016, the ISPs have their task cut out. Will they succeed in providing defense capabilities to their customers? We will have to wait and watch for the results.