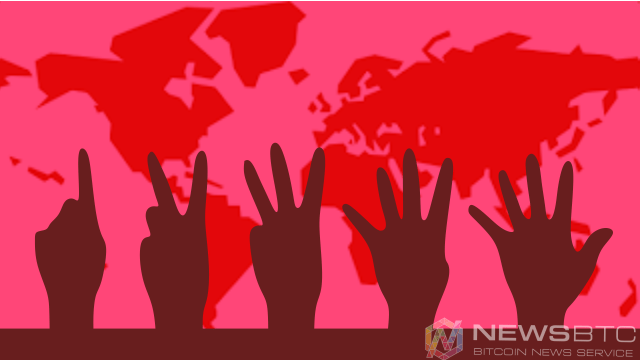 Online advertisement censoring tool Adblock has become the common struggle amongst digital content publishers and providers. With over 40 million users, a substantially large number of internet users are beginning to use the application to eliminate advertisements shown in news outlets and networks. As a response, prominent media outlets including Forbes have decided to ban all adblock users by requiring its visitors to disable the application before accessing their content.

However, the team behind Brave, a Bitcoin enabled web and mobile browser empathize with the frustration of many internet users in regard to online advertisements. According to the Brave team, advertisements can last up to 40 seconds to load, causing a staggering 60% delay time during the loading phase. Thus, loading a news website with advertisements could become 60% slower than usual.

To provide a better user experience and to eliminate advertisements that often distracts the users from accessing web content, the Brave team led by the creator of JavaScript programming language and former CEO of Mozilla has launched an iOS version of their web browser to target mobile and Apple users.

By using Bitcoin micropayments, the Brave team will incentivize its content publishers based on the number of visitors and level of engagement after eliminating all of the existing advertisements and replacing them with high performance and simplified online advertisements.

Upon the launch of its iOS application, an explosive number of iPhone users have downloaded the application and tested the ad blocking technology previously unseen in other browsers. Users have testified that they are extremely satisfied by the loading speed of the websites and its minimalistic user interface design.

“As it turns out, your iOS device is actually a speed demon when it comes to rendering pages, even over a cellular connection. Ad blocking works great, and I like the fresh take on the browser UI. I’m only about an hour into using it, but it’s brilliant so far,” a user said.

The Brave team hasn’t announced the date of launch for their highly anticipated Android debut just yet.

Read our comparison of 50 different crypto casinos. Find out who has most generous bonuses, best UX, knowledgeable customer support and best provably fair games.
Tags: bitcoinBitcoin NewsBraveiosiphoneProducts
Tweet123Share196ShareSend
Win up to $1,000,000 in One Spin at CryptoSlots