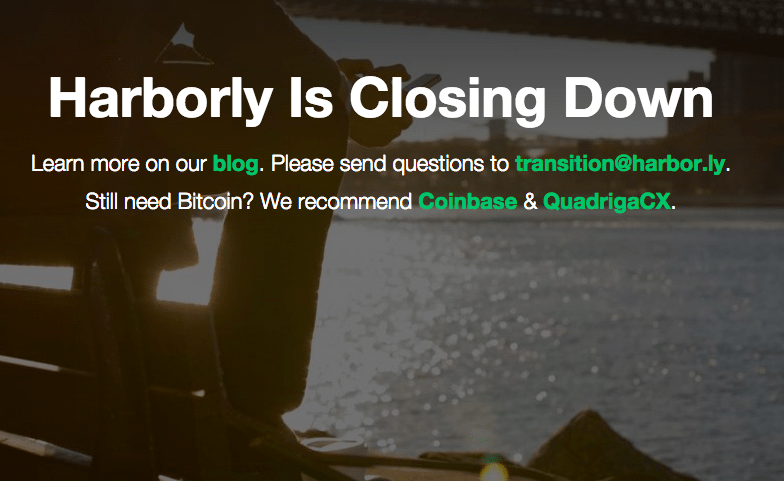 Harborly, a bitcoin exchange in North America, has decided to shut down operations due to a shrinking market share. After all, there have been several startups focusing on this aspect of the industry these days, leaving smaller companies with fewer clients and lower trade activity.

“When we first launched Harborly just over a year ago, we had the vision of giving our users the simplest, quickest, and safest way to buy and sell bitcoin globally using their local currency,” indicated the farewell blog post by the bitcoin exchange. “Our team has had an incredible and exhilarating journey as a provider within the Bitcoin ecosystem as it experienced highs, lows, and everything in between.”

Harborly was launched in the US and Canada three months ago in order to provide bitcoin exchange services in the area, offering cheaper and more user friendly alternative to existing options. The company even had plans to launch in India to take advantage of the growing market in Asia.

Bitcoin’s core architecture is innately borderless, but, generally speaking, it’s impractical to use in most regions across the globe. Digital currency is in a unique position right now where its success is dependent on cooperation with the current financial system, and this cooperation is shaky at best,” said Harborly CEO and co-founder Connor Black when the bitcoin exchange was launched.

However, companies in the bitcoin exchange and wallet sector have become less interesting to clients and investors as there are numerous options existing. Nowadays, it seems that the interest has shifted to developments related to the underlying technology or blockchain.