Bitcoin Is A Legitimate Store Of Value, BTC Falls 8.1%

There is growth and Bitcoin ecosystem is improving. Corporations are sinking millions toward blockchain infrastructure development. At the same time, fund managers can capitalize on BTC’s volatility to register extraordinary gains. At the time of press, BTC is shaky and may print lower.

At a time when funds are reviewing their portfolio, Bitcoin and crypto investors are in for a big windfall. Surging, and more than tripling in the first half of the year, the rise and rise of Bitcoin is nothing but pure bliss.

Good news is, pundits and analysts expect the coin’s price to surge to new highs. The possibility of BTC blasting above $20,000 and registering new highs is, in fact, on the cards. It’s not hard to see why.

Dynamics around Bitcoin and crypto, in general, is changing. Heavyweights are bullish. As they invest on the asset, regulators are back to the drawing board drafting new crypto and Bitcoin rules. Besides, the entry of Facebook and Libra is a game changer.

That’s regardless of fear given Facebook’s track record. Even though lawmakers in different jurisdictions are skeptical of their future role, citing security and privacy concerns-haunting Facebook once again, their involvement is immense.

“The price surge is due to two major factors. One is an increasing consensus among the investment community that Bitcoin is a legitimate store of value for the digital age, and two, Facebook’s Libra cryptocurrency launch has forced every chief executive to take crypto seriously.” 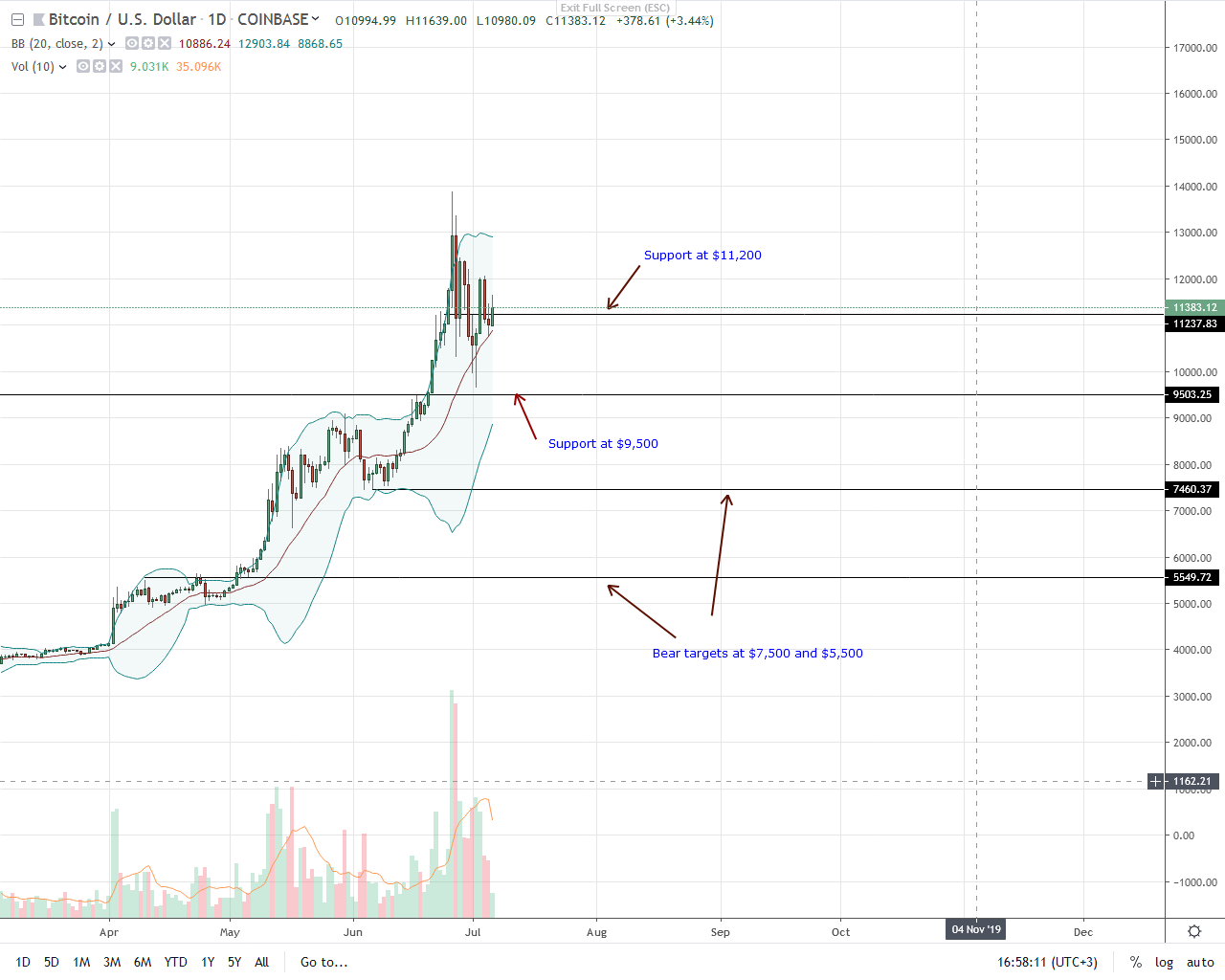 Because of the latest USDT minting, the path of least resistance over this weekend is likely northwards. Even though signals are weak, bulls are optimistic. Note that support is at $9,500. Presently, the failure of buyers to reverse losses of June 27 through to 30 is bearish for the coin.

BTC is consolidating inside June 27 bear candlestick. Therefore, from an effort versus result point of view, bears are in pole position. Any dip below $9,500 will confirm the correction of June 26 BTC overpricing, triggering panic sells.

June 26 bull candlestick leads this trade plan. Reiterated before, falls or expansions below $9,500 or above $14,000 ought to be with high participation. Ideally, the breakout bar should be with high trading volumes exceeding 82k of June 26 ushering in bears or bulls depending on breakout direction.