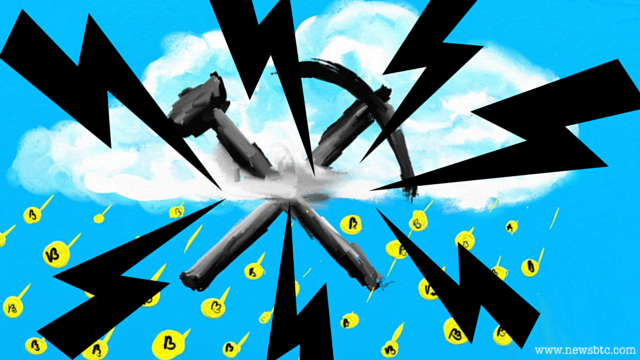 The collapse of bitcoin mining service Cloudminr.io resulted not just in the loss of bitcoins but also in the exposure of customer data. According to its owners, the website was previously hosted in Norway then later on drew accusations for starting a mining-related Ponzi scheme.

Over the weekend, the bitcoin mining service’s main page was altered to show an offer selling a list of passwords and other account information. A thousand entries out of the 79,267 claimed to be included in that list were published online before the site was eventually taken down.

“Part of the bitcoins went to hackers addresses instead of our own payment addresses. Currently we are looking for any logs related to the hack and estimating the losses. We need to create a new website from scratch on new servers as hackers usually leave backdoors for later access. Stay tuned,” mentioned a representative named Adrian a few days back.

“What we can tell now is that we have been hacked, and the hackers were able to access our source code and database, as well as editing it. Right now we cannot be sure that the payout addresses are the correct ones, as well as emails and other data. We do have backups but we need to know when exactly when the hackers gained access to our server,” the post continued.

He added that the bitcoin mining service has been targeted by a smear campaign and that that access to email and social media contacts had been lost. Since then, no other updates were made by Cloudminr.

The company has already been going through a lot of issues prior to the attack, as it has been unable to meet the payout schedule this month. The last payout took place in June 28, which was already delayed due to a platform shutdown.