Death of Bitcoin Network? Not so Soon! 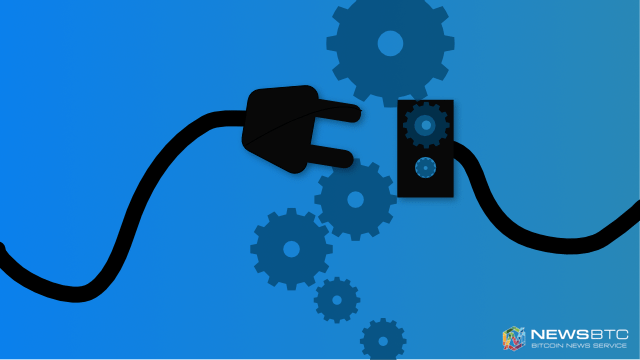 The future of Bitcoin has been the topic of debate for weeks now, ever since former Bitcoin Core developer decided to prematurely conclude a still ongoing experiment. In Mike Hearn’s words, bitcoin was a failed experiment and its demise is imminent. This was not the first time someone had wrongly predicted the future of the most widely used digital currency in the world. It had died 88 times before Mike Hearn’s prediction and four more times since then.

Why Bitcoin Will Thrive?

Bitcoin is not going to die so soon. Sorry to disappoint those who were expecting to wake up tomorrow to a Bitcoin-free day. The digital currency has so far survived worst of the blows it has been dealt with. Roughly two years ago, when the Bitcoin community was probably a bit more than half of today’s size breezed through Mt Gox. Now, the community is much stronger and those who understand the digital currency have increased as well.

As a currency, bitcoin may not have seen much growth in terms of merchant adoption so far. But the number of bitcoin users are growing consistently. In the past one year alone, over 5 million new users (in terms of wallets)[1] have joined the Bitcoin community. The number of transactions over the Bitcoin network has increased exponentially. Now coming back to merchant adoption, what if merchants do not accept bitcoin in its true form? They have started accepting bitcoin fueled debit cards. The number of bitcoin debit card issuers have increased in the past year itself. So, there is no dearth of ways to spend bitcoin at the moment. With big e-commerce giants including bitcoin payment options, the list of possible things one can do with bitcoin is increasing day by day.

Block size limitation was considered as one of the limitations which might cause the downfall of bitcoin. The Bitcoin community might have disregarded BIP-101 or the Bitcoin-XT adoption, but the Bitcoin network is now backing Bitcoin Classic. The increase in block size may be nominal (1 MB in place of 7 MB as per BIP-101), but who cares! The network is not in a hurry to make giant leaps, even baby steps is fine at this juncture, as long as it is on the right track.  The future of Bitcoin Classic is presently looking good and its adoption means no debate for a couple of years. The number of transactions over the network seems healthy and the blockchain is also being used for various other applications including banking, FinTech, record management, rights management, smart contracts and even Internet of Things. All these things are sure signs of a brilliant ecosystem in the making.

There are concerns about bitcoin network not being able to maintain its decentralized structure. Majority of hashing power is handled by a handful of people or mining pools. Frankly speaking, that is collateral damage which we see every day in ‘democracies’. People willingly vote a person to the position of power in order to ensure proper execution of the whole process (a government in this case). When it comes to Bitcoin, it may not last that long.

Faster and more economical mining ASICs are now available in the market. The cost of energy is going down as well. Both these factors make mining possible for individuals. The Internet of Things enabled devices and equipment are expected to stay connected to the Bitcoin network, contributing whatever minuscule processing power (in today’s terms) they can spare. Even though the idea seems a bit far fetched, it is probable.

For those who consider bitcoin mining to be too expensive, unsustainable in terms of cost of energy and energy utilization – The cost of energy has fallen as low as it can get it the recent months and the mining equipment have become far more energy efficient than one can imagine. Combining these two factors with strategic location of mining data centers near the cold Arctic, mild pleasant European country of Georgia and even colder parts of China further reduces cooling requirements of these data centers. Harnessing alternative energy has also become cheaper and more efficient. A recent report states that the cost of solar power in Rajasthan, India has fallen by one-third in the past few years. All these factors will go a long way in keeping bitcoin mining profitable and more sustainable over a period of time.

Taking all the above factors into account and extrapolating the number of bitcoin users and transactions over the network, there is only one logical conclusion about bitcoin price in the future. The price is going to rise, and the recent fluctuations are just speed bumps.

Now again, just to drive the point home… Is Bitcoin Dying? Definitely not!