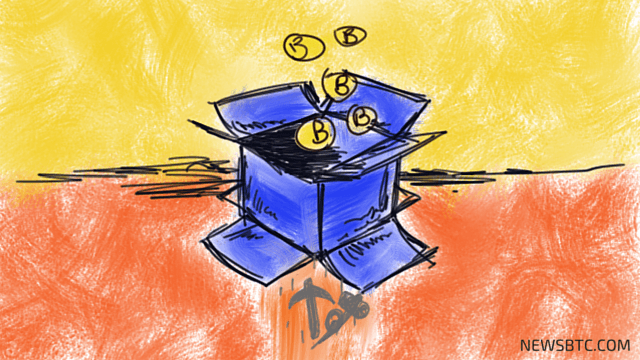 Bitcoin has been exhibiting a very strong price trend since the beginning of this year. The popular cryptocurrency’s price is currently hovering around its all-time high, allowing early investors and cryptocurrency companies to rake in huge gains. Renowned cybersecurity expert John McAfee, and his MGT Capital Investments stand to benefit from the developments in cryptocurrency markets as well.

According to McAfee, the company is expecting its balance sheet to move from “red” to “black” after the price of Bitcoin increased by 200 percent since March 2017. MGT Capital Investments, a gaming company turned cybersecurity firm with interests in cryptocurrency mining has McAfee as the CEO, and he was quoted by one of the leading business magazines saying,

“We will definitely be profitable before the end of the year. From bitcoin mining, we will get the experience and expertise to apply the blockchain to our security products.”

The company, with its Bitcoin mining infrastructure set up in Washington State, had reported a net loss of $5.89 million in its recent filing. The mining operation, run by MGT Capital Investments is claimed to be capable of generating over 225 bitcoins a month. With the cryptocurrency price hovering over $2500, the monthly revenues generated by MGT Capital’s mining operations will stand at a good $562500, which over time can recover the losses.

The rise in Bitcoin price has left the cryptocurrency community in a state of confusion, thanks to the difference of opinions and forecasts from different sections of the community. Some believe that it is a bubble waiting to burst soon and there are others who swear that it is a natural growth progression, which will continue into the future.

Get 110 USDT Futures Bonus for FREE!
Tags: bitcoinBitcoin NewsBlockchain TechnologyMcAfeeMGT Capital InvestmentNews
Tweet123Share196ShareSend
BitStarz Player Lands $2,459,124 Record Win! Could you be next big winner? Win up to $1,000,000 in One Spin at CryptoSlots