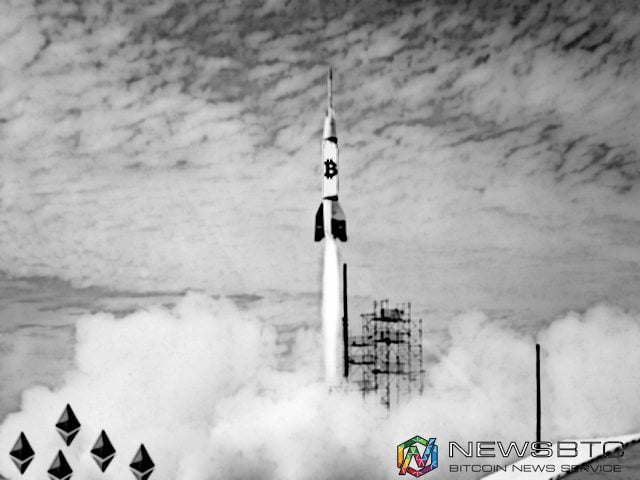 Whoa! Did you see that?

Bitcoin price has suddenly surged to reach the $500 mark. Until Friday, the digital currency has been hovering around the $450 mark before it started to exhibit an upward trend gaining about $50 within a span of two days.

The volatility associated with cryptocurrency prices is a well-known fact, which is mainly due to the demand and supply of the crypto assets for trading. The current surge in Bitcoin price has been attributed to increased trading activity in China and Korea, a 10% premium has been there in these countries for a very long time.

The price rise was first observed in the Chinese exchanges. OKCoin and Huobi were the first bitcoin platforms to see an increased demand for the digital currency, resulting in the price to rush past the $500 mark in no time. But the increase in price has been a bit slow to catch up with the Western market. The last time Bitcoin price crossed $500 was during the month of November 2015, when it briefly spiked to cross the $500 mark only to settle back $400-$450 range in the next few days.

While the current trading price of one bitcoin is currently around $499-$500 in the US market, the same is being traded for an upwards of 3500 Yuan, which is equivalent to $533 on OKCoin. As always, the increased demand has been attributed to the weakening Chinese economy due to the devaluation of the country’s legal tender, yuan. The Chinese have started to consider Bitcoin to be an alternative investment option as the country maintains strict capital controls, preventing people from investing in other currencies or assets outside the country.

As the Bitcoin price continues to rise, traders across the world have started trading bitcoin with renewed interest. It seems like many traders are trading other crypto asset holdings for bitcoin. Ethereum, which has been in the good graces of crypto-traders so far is bearing the burnt at this time. With more people trading in their ether holds for bitcoin, the number of takers for ether has significantly reduced at the moment. This has led to a drop in the value of ether.

The market volume and currency distribution statistics clearly show that the Bitcoin market is being driven by the Chinese Bitcoin community. However, the rise in Bitcoin prices at this moment may be short-lived as the market stabilized once the demand phase is over.

“After two long years, Bitcoin price crossed back across the US$500 mark led by OKCoin’s CNY exchange – the largest digital asset trading platform in the world. The price first reached $500 on May 28, and was followed later on by OKCoin’s USD exchange and other global platforms such as Coinbase. We believe with the Chinese economy entering into a “L-shaped” recovery rather than a “U-shaped” one, the dearth of mainstream, prudent investment choices has made Bitcoin a relatively attractive choice. This is especially in light of the fact that the Bitcoin supply will be halved in just over a month, adding to deflationary supply pressures and increasing the digital asset’s investment value in the short, and long term.

It was not a surprise to see the upturn. After all, the whole world is facing slower growth and low to negative interest rates, not just China.”

With halving of the Bitcoin network around the corner, we can expect the bitcoin prices to surge high soon after the mining rewards are halved in July. This will create more demand for bitcoin, driving the price upwards. The upward trend will continue till people start liquidating their stashed bitcoins, which will result in increased supply, in turn driving the price downwards again.

The overall trend on the bitcoin price chart shows that the digital currency has become relatively stable, except for occasional surges from the past year and a half. The stability indicates the maturity of bitcoin as a currency, thanks to its increased adoption.