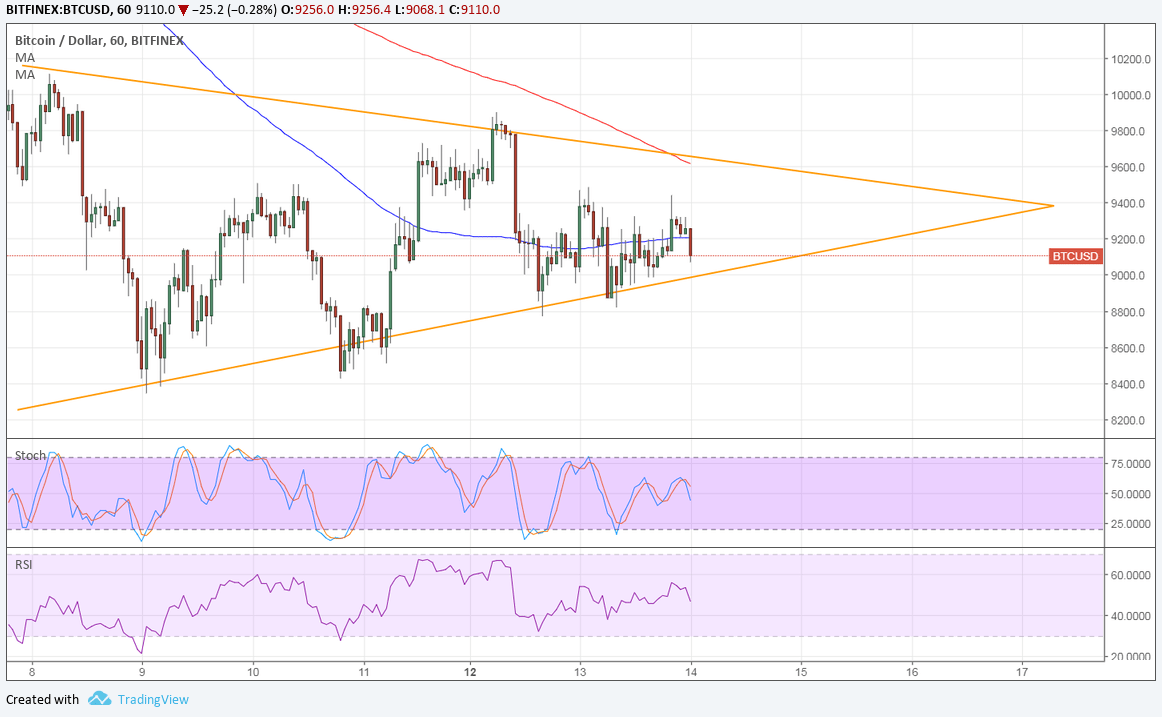 Bitcoin price is currently consolidating in a short-term symmetrical triangle while investors are waiting for the next big catalyst.

The 100 SMA is below the longer-term 200 SMA on the 1-hour time frame, which suggests that the path of least resistance is to the downside. In other words, support is more likely to break than hold.

This could also mean that resistance is more likely to keep gains in check. The 200 SMA lines up with the top of the triangle to add to its strength as a ceiling.

However, it’s also worth noting that the gap between the moving averages is narrowing to signal a slowdown in selling momentum. Stochastic is turning lower to show that sellers still have the upper hand, while RSI looks ready to move south as well. Bitcoin price gains are limited due to regulatory concerns and a few security glitches over the past few days. Geopolitical risk has picked up and dollar demand has waned on the latest developments in the White House, but surprisingly bitcoin has been unable to take advantage.

More recently, IMF head Lagarde called for a crackdown on bitcoin, citing that they should use the technology behind the digital currency to “fight fire with fire”. She also said cryptocurrencies are a “potentially major new vehicle for money laundering and the financing of terrorism.”

Although these remarks aren’t really new or surprising to bitcoin traders, it does weigh on sentiment for the general public. Risk-taking has also taken some hits these days as fears of a trade war limit investors appetite for higher-yielding assets.