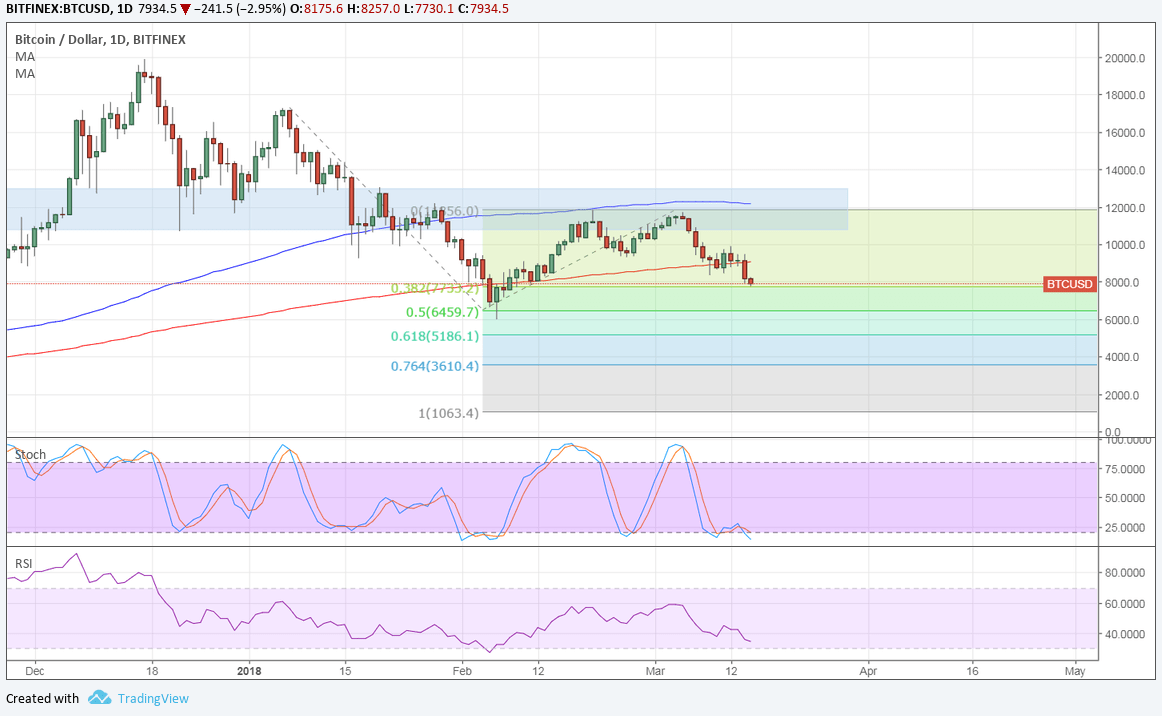 Bitcoin price appears to be aiming for the next support levels on the daily time frame as shown by the Fibonacci extension tool.

The 100 SMA is above the longer-term 200 SMA on this time frame to indicate that the path of least resistance is to the upside. This suggests that bullish momentum is still present and that the longer-term uptrend could still resume.

However, the 100 SMA has been holding as dynamic resistance recently and bitcoin price has broken below the 200 SMA dynamic inflection point to signal that it could also hold as a ceiling from here.

Stochastic is indicating oversold conditions, though, so sellers must be exhausted from the latest drop. RSI has some room to fall, so bitcoin price might follow suit. Reports that Google will ban cryptocurrency ads weighed heavily on bitcoin price, as well as other altcoins, starting in June. Recall that Facebook previously took similar action, banning ads on binary options, initial coin offerings and cryptocurrencies back in January.

To top it off, the CFTC issued a subpoena to major cryptocurrency exchange Bitfinex while the SEC announced an emergency asset freeze on an initial coin offering. Rumors are also swirling about potential bans in China, something that has already led to a sharp selloff in bitcoin in the past.