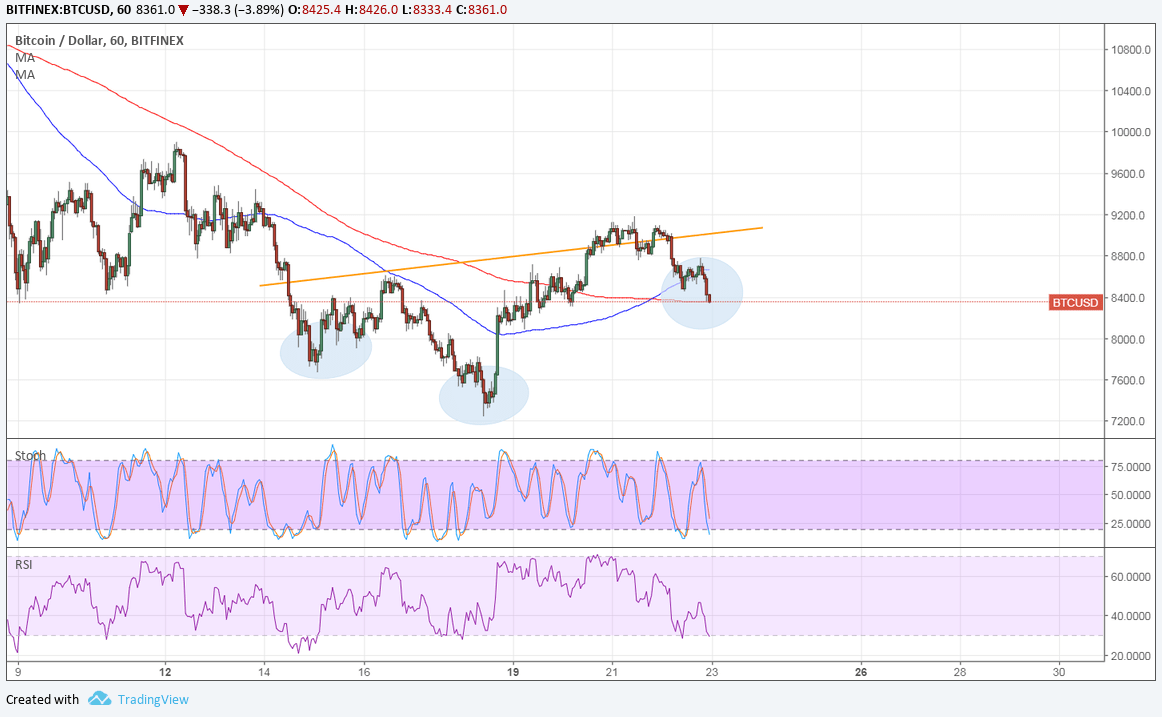 Bitcoin price sold off recently but could form a short-term reversal pattern on its 1-hour time frame and draw more buyers back in.

The 100 SMA just crossed above the longer-term 200 SMA to signal that buyers are gaining the upper hand. The 200 SMA is also holding as dynamic support at the moment, but a break lower could lead to another pickup in selling pressure.

Stochastic is pointing down to show that bears have the upper hand while RSI is turning lower as well. Both oscillators are nearing oversold conditions, though, so sellers could still let buyers take over soon.

An area of interest is located around $8,000 and a bounce from here could form the right shoulder of the reversal pattern. Bitcoin price has yet to break past the neckline around $9,200 to confirm a potential uptrend. This should last by around $2,000 or the same height as the chart formation. Bitcoin price took another hit when it was reported that Japan’s FSA is looking into shutting down Binance in the country for being unable to secure the necessary permits to operate. This revived fears of strict regulation all over the globe, after a bit of reprieve on positive remarks from the G20 Summit.

To add to that, the dollar scored strong gains across the board when risk aversion returned on resurfacing trade war fears. Trump signed a memorandum to impose higher tariffs on Chinese imports that involve intellectual property theft from the U.S.

China has responded that it will not back down from a trade war if it comes to it, so it urged the U.S. to temper its protectionist stance. Further escalation of tensions could mean more losses for riskier assets like bitcoin.