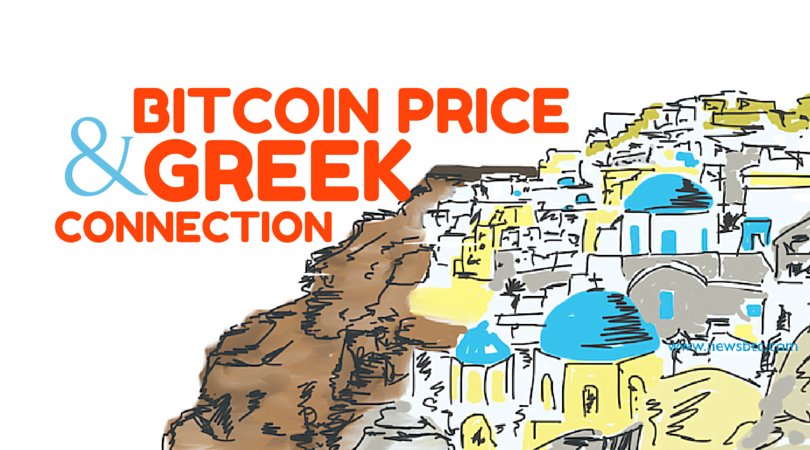 According to a Bloomberg report, the troika of International Monetary Fund, European Commission and the European Central Bank has rejected Alexis Tsipras’ set of bailout proposals intended to keep the Mediterranean nation in the Eurozone.

Greece’s creditors passed on the revised set of proposals to the Greek government even as the Prime Minister expressed his shock at his own proposals being turned down. According to Agence France-Presse, Greece has rejected the counter-proposal.

Greece is due to pay IMF $1.7 billion before its bailout package expires on June 30.

Even as the announcement has heightened the probability that the negotiations will go down to the wire, there has been no reflection of the uncertainty in the Bitcoin market. Volume remains average while Bitcoin price stays in a $2 range (check the 120-minute BTC-USD price chart above).

Could it be that there was no Greek contribution in Bitcoin’s advance and it was just pure speculation at play or is the market anticipating something else?

Like numerous times before, the market is hopeful of a successful deal even if it occurs at the last minute. Speaking to Bloomberg, Jasper Lawler, Market Analyst at CMC Markets Plc in London said, “They’re probably going to come up with a last-minute fudge. There’s still some lingering hope that they’ll bring more proposals, enough to get to a deal before this deadline.”

On the one hand, muted trading in Bitcoin at this key global event diminishes the probability there is a direct correlation between the Greek crisis and the digital currency’s appreciation. On the other hand, Bitcoin could just be waiting to trap the traders who are taking Bitcoin’s resistance to fall to be a strong positive. I am guessing that it will be sooner rather than later that we find out what it is!

Tags: bitcoinBitcoin and Greece crisisbitcoin pricebitcoin tradingBitcoin volumeGreek crisisOpinion
Tweet123Share196ShareSend
BitStarz Player Lands $2,459,124 Record Win! Could you be next big winner? Win up to $1,000,000 in One Spin at CryptoSlots