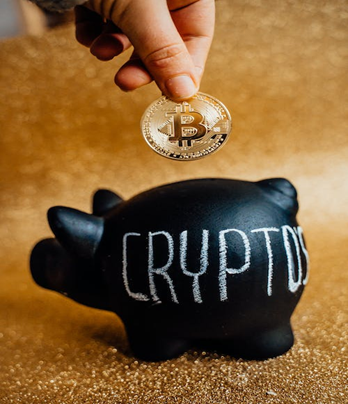 Bitcoin Sports Betting: All You Need to Know

by NewsBTC
in Uncategorized

How Has Sports Betting Grown in Recent Years?

The sector of sports betting is one that has stuck with our society for longer than one would imagine. A time which historians would agree in which sports betting was quite prevalent was within Ancient Rome, where those watching, most notably the elite would place bets and wager, most of the time behind closed doors as it was looked down upon, on sports such as chariot racing and gladiator fighting.

Throughout the years, the sector has grown heavily, with the twenties century being essentially the age of the bookie, where in countries regardless of the betting and gambling laws, either independent bookmakers or those backed by organized crime groups would take a number of bets on different forms of sport.

The most significant development in the history of sports betting, on the other hand, occurred at the turn of the 21st century, when access to the internet was opened up to the general public and increased regulation made it necessary to obtain licenses from the relevant gaming authorities in order to run an online sportsbook in compliance with the law.

Today, however, the biggest advancement in the sector of sports betting is the introduction of cryptocurrency. The world of cryptocurrency is a big and complicated one, and one which I will be touching on in the next paragraph. Within this article, I will be going over the nuanced and complicated world of bitcoin sportsbooks, gambling, and the crypto sector in general.

The World of Crypto: A Brief Look

The primary function of a cryptocurrency is to serve as a medium of exchange that is private, untraceable, and easy to use. Additionally, cryptocurrencies enable their users to exercise greater authority over their financial situations by enabling them to store their money in digital wallets. The blockchain, which is basically an online ledger that is built on a network, is how this process is made possible.

In the 1980s, a man named David Chaum, who is now widely regarded as one of the most influential figures in the cryptocurrency industry, conceived the idea of a cryptocurrency. However, the first-ever actual consequence to come from Chaum’s work on cryptography was the creation of Bitcoin in 2009, which was the first cryptocurrency ever created in the history of the planet. It was a tremendous step forward when Bitcoin was first introduced, which cleared the path for other currencies.

Today Crypto is one of the biggest vehicles of finance, with bitcoin steadily rising in price. A strong emphasis is also being put on a number of similar digital assets, such as Non-Fungible Tokens, which sales reportedly have dropped for in the last few months.

How These Two Worlds Intertwine

When looking at these two things, it is not hard to see how the two different technical realms may get entangled with one another. On the one hand, you have a monetary currency that is based exclusively on the dependability of the network on which it is based, as well as the anonymity on which it is based, and the blockchain. This currency gives the user anonymity and control, and it prioritizes these characteristics above everything else.

On the other hand, there is a sub-industry of gambling that has been developing for many years and that enthusiastically adopts the newest and most cutting-edge technologies, which it relies on to foster the development of new markets and, as a result, to expand its customer base and boost its overall revenue.

One of them is an anonymous and lucrative currency for the players to use, and the other is a good way to turn that currency into a profit, in addition to being an industry that would jump at the opportunity to use a currency like this. This is essentially a match made in heaven for the two of them, as they help supplement one another, and it’s almost like they were meant to be together.

What Examples Exist of These Worlds Intertwining?

The Future of Sportsbooks And Crypto

Even though I do not have a crystal ball or the ability to see into the future, I can nevertheless declare with certainty that both of these markets have the potential to see significant expansion in the coming years. For example, cryptocurrency is one of the main means of finance, and as it gets steadier over time and less volatile in general, it has the potential to pave the way for anonymous financial transactions and payments.

On the other hand, online sportsbooks stand to progress significantly with the passage of time due to the fact that the gambling industry is known for successfully jumping onto new technological trends, such as the metaverse and virtual reality (VR), to mention a few other examples. Bearing this in mind, it is possible to easily note that this industry will continue to be prominent as it always has been. And the fact that these two businesses are converging is basically a sign that they have been successful as separate fields.

MATIC On The Upper Side Of The Consolidated Range, Breakthrough Incoming?