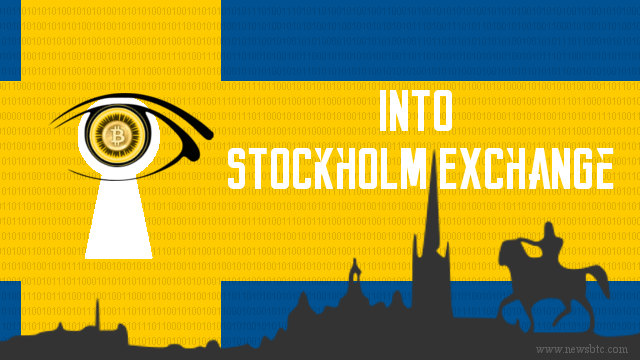 The disappearing distances between the Bitcoin and mainstream finance markets were further noticed when Stockholm’s finance watchdog Finansinspektionen agreed to bring Bitcoin Tracker One — a Bitcoin-based security — on a local regulated exchange; thereby enabling the digital currency’s entry into Sweden’s NASDAQ.

Following the authorization by the concerned authority, Bitcoin Tracker One ended up becoming the first digital currency-based security to have been launched on a NASDAQ regulated exchange. It is created by the Stockholm’s leading Bitcoin trading firm XBT Provider. According to the company, their Exchange Traded Note (ETN) product enables traders to invest in Bitcoin and earn back returns in US Dollar per Bitcoin; it thereby eliminates all sort of risks that were plaguing Bitcoin trading sector until now.

“We are proud to offer the world’s first ‘Bitcoin tracker’ to be traded on a regulated exchange. By enabling this easy and secure way to invest in Bitcoin we hope to have eliminated the boundaries that earlier prevented individuals and companies from being able to actively invest in what we believe to be the future of money.”

And indeed, the mainstream sectors are visibly taking baby steps towards adopting Bitcoin — as a trade-worthy asset and technology. The age-old skepticism for the digital currency seems to have been slowing down after a series of motivational events in recent months, the latest being the NYSE’s investment into the Bitcoin exchange Coinbase, and the UBS’s announcement to open a specific laboratory in London to experiment with the blockchain technology.

In the meantime, the digital currency continues to face criticism over expressive price fluctuations. The manipulative characteristics simply ends up making Bitcoin a risky bet, rather than a revolutionary payment technology. If the cryptocurrency fails to hold the value, trader would have no option but to hedge it against the stable trading assets.

Get 110 USDT Futures Bonus for FREE!
Tags: bitcoinbitcoin exchangeBitcoin newsbitcoin priceBitcoin securitiesbitcoin tradingNasdaq BitcoinNewsStockholm Nasdaq
Tweet123Share196ShareSend
BitStarz Player Lands $2,459,124 Record Win! Could you be next big winner? Win up to $1,000,000 in One Spin at CryptoSlots