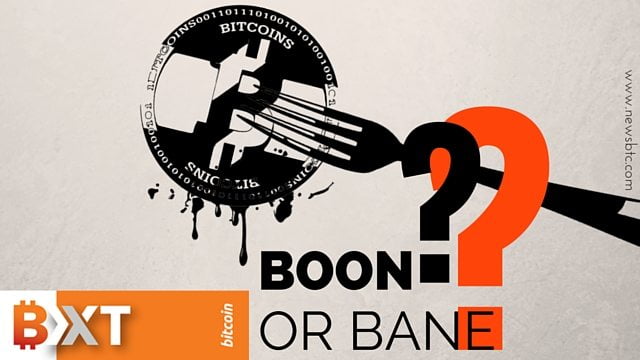 Over the weekend, bitcoin developers Gavin Andresen and Mike Hearn announced a new version of the bitcoin software called Bitcoin XT. For them, this will give members of the bitcoin community a chance to decide if they want to increase the block size limit or stick with the older version, Bitcoin Core.

The block size debate has been going on for quite some time and the lack of an authority overseeing the activity in the bitcoin industry has made it difficult to reach a decision. Andresen and Hearn decided to make use of the consensus-based structure of the network to see what the majority favors.

Bitcoin XT represents a hard fork in the system, which means that the newer version is not backwards-compatible. With that, some entries existing in the newer blockchain will not be found in the older one and vice versa.

“Contentious hard forks are bad for Bitcoin,” the semi-official site Bitcoin.org’s David Harding wrote in a policy post. “At the very best, a contentious hard fork will leave people who chose the losing side of the fork feeling disenfranchised. At the very worst, it will make bitcoins permanently lose their value. In between are many possible outcomes, but none of them are good.”

According to Bitcoin XT developer Hearn, the current limitations of the original software are blocking the growth of bitcoin and its blockchain currency. In contrast to Bitcoin.org’s worst case scenarios, he stated that the fork may be the best way to save the currency from becoming irrelevant.

“There’s no reason to believe a hard fork would make bitcoins permanently lose their value. On the contrary, it should increase them, as it’d prove the system is robust against poor decisions by any one group of developers,” Hearn said to CNBC. “By asking Bitcoin users to believe that a contentious fork can destroy the system, all they’re really saying is that the community must obey the wishes of a tiny group of developers regardless of whether those wishes are bad or not.”