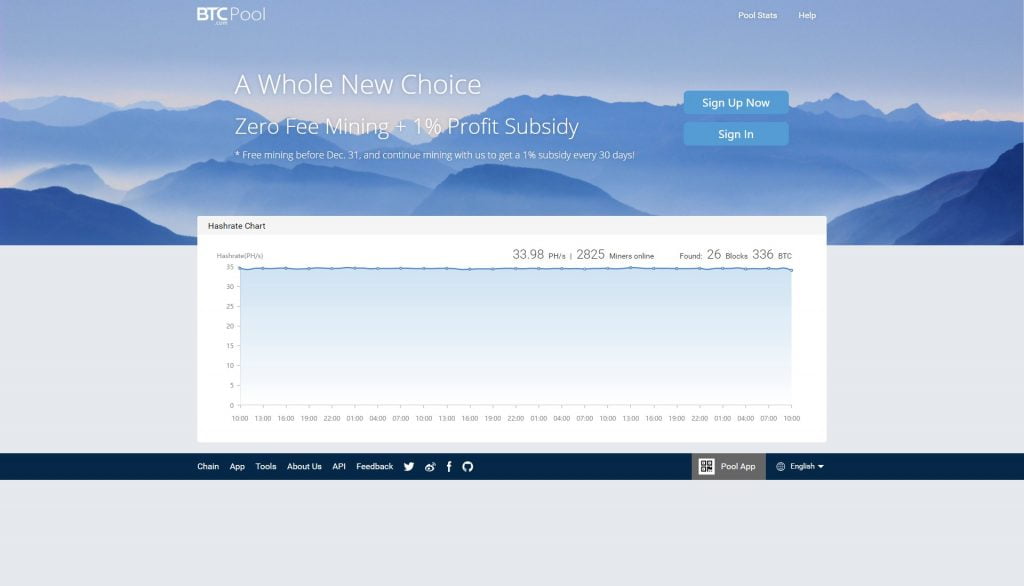 According to the company’s blog post, Bitmain is offering a great deal to all the users joining its new mining pool. All miners on BTC.com mining pool will be able to mine the digital currency without having to pay any mining fee until next year. Available for anyone from across the world, BTC.com’s mining pool has introduced a lot of new features that can potentially change the way Bitcoin in currently mined.

Bitmain has introduced a new PoolWatcher feature to optimize block discovery. The function keeps track of the activity on other mining pools to reduce the chances of mining orphan blocks on BTC.com mining pool. Whenever a new block is discovered by any mining pool, PoolWatcher function will start mining at the next available height. Another program, BTCAgent allows miners to monitor all the workers in their LAN. This will help simultaneous management of multiple workers on BTC.com mining pool.

The availability of real-time stats and immediate payout calculation reduces the waiting time for miners while ensuring constant updates about their profits. BTC.com pool is also designed to be robust. It is claimed that the new mining pool can handle over 180,000 miners with each of them having a hash rate equivalent to that of Antminer S9.

Bitmain has distributed its mining pool servers across the United States and China at the moment. The company intends to set up more servers in Europe while expanding its presence in North America for reduced latency.

Bitmain’s BTC.com mining pool also allows its miners to control their mining environment remotely with the help of their mining pool mobile app. New users on Bitmain’s Bitcoin mining pool are entitled to a 1 percent subsidy if they join within three months of its launch and maintains the same hash rate for at least one month.

Even after the end of promotions, the company intends to stay competitive by charging lowest fees in the industry. BTC.com mining pool users will have to bear a 1.5 percent mining fee starting January 1, 2017.

The mining pool still in its early stages looks good on paper. Most of its technical specifications are based only on simulations at the moment. Its efficiency can by gauged only after a significant number of miners join the platform.

Tags: bitcoinBitcoin NewsBitmainblockchainBlockchain Technologybtc.comminingNews
Tweet123Share196ShareSend
Win up to $1,000,000 in One Spin at CryptoSlots