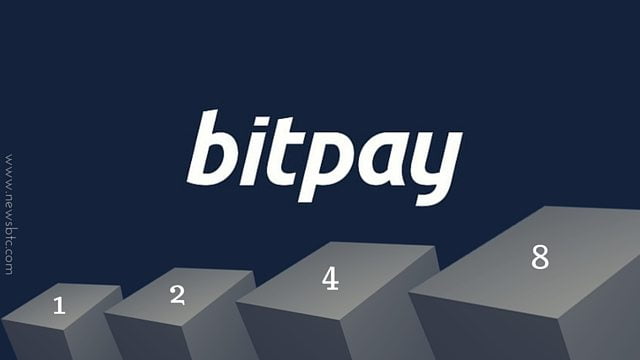 BitPay, the largest bitcoin payment processor has sided with Gavin Andresen’s court by showing its support towards incorporation of BIP 101. In other words, BitPay in one of their blog posts mentioned that the company supports the move to increase bitcoin block size from 1 MB to 8 MB (which is known as BIP 101).

Bitcoin XT has been a topic of serious debate among the bitcoin community for a while now. The debate has ranged ever since Gavin Andresen, the Chief Scientist at Bitcoin Foundation and Mike Hearn proposed Bitcoin XT a few months ago.

The Bitcoin XT proposal was later changed to incorporate a few changes after receiving inputs from members of the bitcoin community. While there are few who are in favor of a 7MB increase in the bitcoin block size, there are others who are opposed to this idea. The bitcoin block size limit is currently 1 MB, which Bitcoin XT proposed to change to 8 MB. Gavin Andresen and Mike Hearn finally launched a Bitcoin XT fork few days ago. The launch didn’t go will with many bitcoin based entities who are also part of the club.

To summarize in the words of Stephen Pair, the CEO and co-founder of BitPay — BIP 101 will safeguard bitcoin’s decentralized nature while providing reliable, immediate path towards greater network throughput and BitPay supports merging BIP 101 into Bitcoin Core.

Get 110 USDT Futures Bonus for FREE!
Tags: BIP 101bitcoinBitcoin NewsBitcoin XTbitpayblock sizeblockchainBlockchain Technologygavin andresenMike HearnNewsStephen Pair
Tweet123Share196ShareSend
BitStarz Player Lands $2,459,124 Record Win! Could you be next big winner? Win up to $1,000,000 in One Spin at CryptoSlots