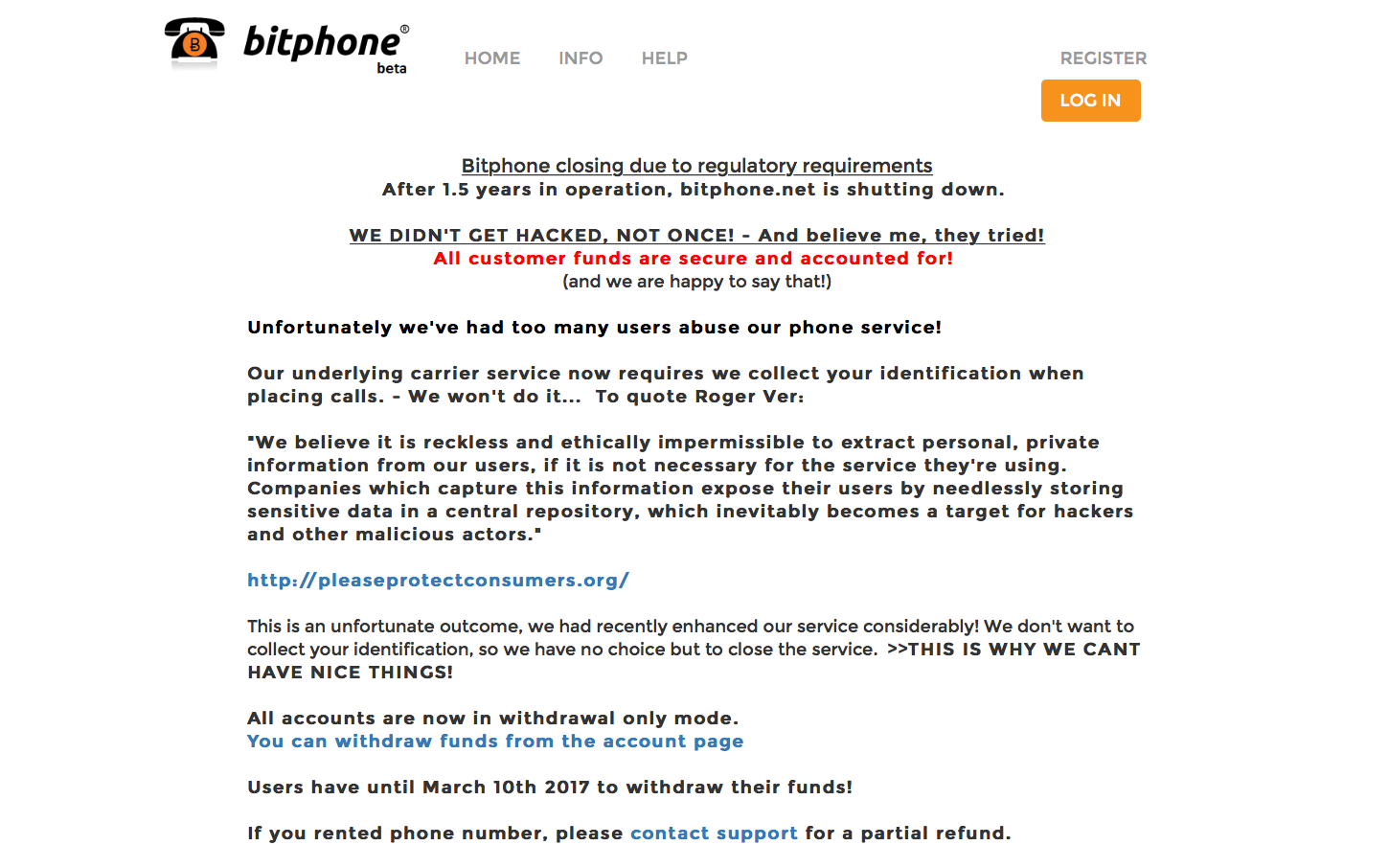 Poorly drafted regulations have again started to haunt Bitcoin businesses. Many cryptocurrency platforms have fallen victims to the fiasco, choosing to either move away from a particular market/location or shut their shops entirely. BitPhone is the latest company to succumb to the injuries inflicted by regulations.

The cryptocurrency-based encrypted voice and video calling platform has announced the end of its brief 1.5-year stint. According to BitPhone’s announcement, the platform has been forced to shut down due to certain regulatory requirements. It, in a well-balanced message, blames both “irresponsible” customers and the government for its unavoidable fate.

BitPhone states that the phone service was misused by many customers. The problem was further compounded by regulations requiring the company to collect identity information of all its customers. However, the platform doesn’t say whether the introduction of regulatory requirements was a direct result of its customers’ actions.

BitPhone has expressed its unwillingness to violate customers’ privacy by complying with the regulations. Instead, the platform has made a tough decision to shut down its services without compromising its ideals and beliefs. Justifying its actions, BitPhone also quotes Roger Ver saying,

“We believe it is reckless and ethically impermissible to extract personal, private information from our users, if it is not necessary for the service they are using. Companies which capture this information expose their users by needlessly storing sensitive data in a central repository, which inevitably becomes a target for hackers and other malicious actors.”

The Bitcoin-based phone service has an impressive track record. In addition to Bitcoin, BitPhone also allowed users to pay for the connection with other cryptocurrencies through Shapeshift integration. It also scores high in the security criteria by being able to successfully thwart all the hacking attacks against the platform.

Existing users of the service have been given 3 months to withdraw their funds from BitPhone’s account. All user accounts are currently set at withdrawal only mode and existing  customers with an active contract will be offered a partial refund before March 10, 2017.

The departure of BitPhone opens up an opportunity for other players who can offer similar secure and private services, filling the newly created void.