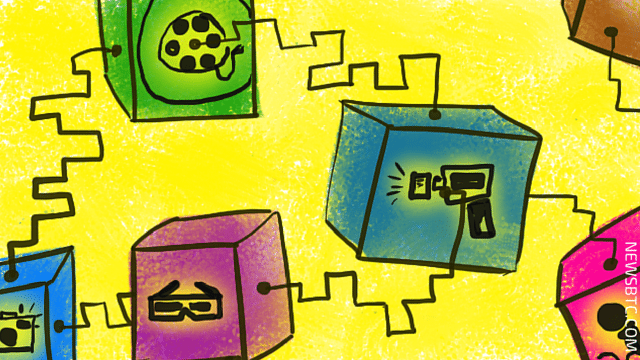 Bitcoin and BitTorrent are two revolutionary technologies from different eras that share few similarities. Both are decentralized peer-to-peer networks that revolutionized their respective sectors. Following the success of BitTorrent, its creator Bram Cohen has announced his plans to explore the Bitcoin industry.

Bram Cohen is already familiar with cryptocurrencies as he has been involved in the sphere for some time. He is now on the verge of turning his interest into a full-time preoccupation as he starts work on a new cryptocurrency.

According to reports, Bram Cohen will be developing his own cryptocurrency that addresses various challenges currently faced by the Bitcoin network. He believes that Bitcoin in its current form is “wasteful” while suggesting an alternative method for creating a more sustainable and scalable cryptocurrency platform.

Bram Cohen was quoted by TorretFreak, a tech magazine saying,

“My proposal isn’t really to do something to Bitcoin. It really has to be a new currency. I am going to make a cryptocurrency company. That’s my plan. “

His cryptocurrency solution could be based on Proofs of Space and Proofs of Time, which is quite different from the Proof of Work and Proof of Stake algorithms that are currently in use. Cohen has also presented a paper in this regard at the Stanford Blockchain Conference.

He has also mentioned the benefits of storage based cryptocurrency, which includes a solution for concerns about the 51% attack on Bitcoin network. While speaking about the nature of Bitcoin network in relation to 51% attack, he said,

“Sometimes people have this misapprehension that Bitcoin is a democracy. No Bitcoin is not a democracy; it’s called a 51% attack for a reason. That’s not a majority vote, that’s not how Bitcoin works.”

We can expect Cohen to start his work on the new cryptocurrency in the next few months, once he fulfills certain commitments towards BitTorrent Inc.

The cryptocurrency revolution has picked up the pace in recent months. The sector, which was so far led by Bitcoin and Ethereum has plenty of players working on various alternative blockchain solutions. Most of these solutions are designed to solve specific problems, overcoming the drawbacks of the existing platforms. Cohen’s new cryptocurrency will also be one such solution.