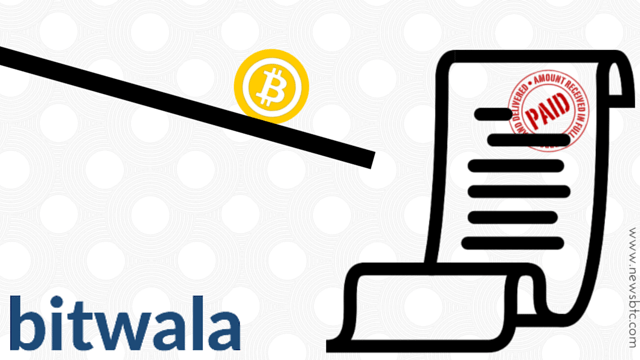 Bitwala, the bitcoin-based remittance service located in Netherlands has announced that it has successfully raised investments. Started in 2012, the company has been bootstrapping all this while until the very first fundraising round came along. In the recently concluded seed funding round, the company has raised about 800,000 euros.

Bitwala is one of the leading remittance service providers with over 10,000 customers. The announcement about the closure of seed funding round on 15th of March, 2016 was made earlier today by the company on its website. Among the leading investors in seed funding round is Barry Silbert from Digital Currency Group, the Federal Ministry of Economics and Technology, the KfW Banking Group, BASF, Carl Zeiss, Evonik, Daimler, Deutsche Post DHL, Dutch Telekom, Robert Bosch and RWE.

The impressive list of names puts Bitwala in a unique position where the who’s who of the European economic sector are invested in the company. Andrea Hesler, in the company’s post, has reported that Bitwala has been very particular about from whom they are going to raise investment as the involvement of right people will help them leverage upon the industry contacts and access that comes along with it. The current set of investors seems to be the right fit for the company’s future expansion plans.

According to the company, they started actively looking for investments about 6 months ago after they realized that they will need more money to scale the business to a global level. Now that they have managed to raise over 800,000 euros in seed investment, how are they going to use it is something to be seen.

Bitwala recently crossed a new milestone by logging in over 2 million transactions during a period of one year. the company shared its excitement with its users by waiving off the 0.5% fees on transactions over the platform for a duration of two weeks. Bitwala is also one of the first companies in Europe to enable bill payments with Bitcoin over SEPA (Single Euro Payments Area) bank transfers. Users in Europe can currently use Bitwala service to pay their credit card bills, utility bills, insurance premium, rent, freelancer invoices and even make major purchases.

The use of bitcoin for remittance has always been one of the heavily advocated use cases, mainly due to the smaller transaction fees compared to conventional money transfer services. Unlike traditional services, even the fund transfer through bitcoin remittance to other countries gets executed within hours. Bitwala does just that by allowing users transfer euros to any bank account in the form of bitcoin. Once the user transfers bitcoin to Bitwala, the company will execute a SEPA bank transfer to the addressed account within one day. The recipient will receive a cash deposit in their account.

Bitwala has made its intentions to go global clear so far. With the influx of funds, we can expect to make a move in that direction soon.