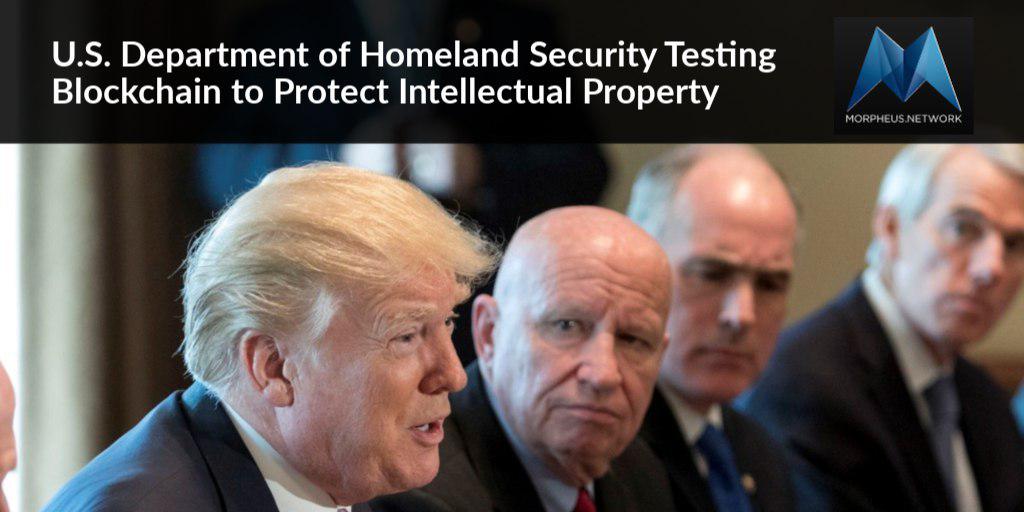 The advantages of blockchain technology are being recognized by various government departments all over the world and the latest one to do so is the US Department of Homeland Security, which is now running a POC using decentralized ledger technology to protect intellectual property.

According to a recent report, over 40% of products that are available on major Chinese online retail outlets are counterfeit and a considerable portion of such goods are said to be entering the US territory, in circumvention of US Trademark Laws. The list of such illegal products is long, which includes the likes of iPhone clones, toys, pesticides and even pharmaceuticals which could have detrimental effects on the health of the population due to lack of transparency and liability of the manufacturers of such products who pose as OEMs. The US Department of Homeland Security’s blockchain experiment is expected to come up with a Proof of Concept solution for this issue.

While the manufacturers of the counterfeit goods stand to gain a handsome fortune by copying some of the well-established products, undercutting the actual manufacturers by a huge margin In terms of cost, there is a huge threat not only to the health and wellness of customers buying such products over the real deal, but also to actual brands that are being copied. The lack of quality controls and assurances that follows counterfeiters results in low-quality, defective products which will, in turn, damage the reputation of the brand. Also, it exposes them to legal liabilities due to confusion causing wasted time and resources for both companies as well as consumers. In the context of the United States, 24% of IP violations across the globe are found to infringe upon the intellectual property rights of US companies.

Blockchain to the Rescue?

Blockchain technology has been widely recognized for its characteristic immutability, data integrity, transparency and ease of access. The technology which gave rise to the entire cryptocurrency industry has found widespread applications across various industries. Some of the widely implemented applications of DLT includes tracking of agricultural produce farms to table, quality and authenticity certification for various goods, establishing provenance for expensive artworks and more. Similar principles are also being used in logistics and customs for cross border shipments, which is of importance in this scenario.

However, one particular drawback at the time, when it comes to blockchain implementation for this purpose is the absence of a single universal standard, which has resulted in each project using a different blockchain system, causing compatibility issues that prevent private and government players across the world from using a unified system to track consignments. This scenario could soon change too, as few projects have come forward to solve the inter-compatibility issues by creating blockchain agnostic solutions that can work with the most widely used blockchains in these applications.

The co-founder of one such solution Morpheus.Network, Noam Eppel states, “One unique aspect of our platform is that it’s blockchain-agnostic, which means you don’t need to be tied to a single blockchain. We provide supply chain managers with a Digital Footprint, providing shipment and item visibility for automating safe and secure supply chains while also saving time and money.”

Morpheus.Network, on behest of the US customs brokerage firm Customs Direct, has involved itself as part of the US Customs and Border Patrol’s blockchain pilot project to combat counterfeiting. The project has already demonstrated its effectiveness, as stated by the platform’s other co-founder and UN supply chain expert Dan Weinberger who said, “We’ve been tackling the direct inefficiencies in global trade, which has led us to this CBP intellectual property rights (IPR) Proof of Concept.” Customs Direct, as a part of the working group organized by the Commercial Customs Operations Advisory Committee (COAC), believes that the DLT based system can increase the accuracy of shipping information to a great extent and with that, make communication between customs authorities and importers easier.

The direction taken by Morpheus.Network shows considerable progress in the implementation of blockchain for supply chain management and customs clearance, with the aim of combating counterfeiting. It could eventually lead to a seamless integration of different blockchain solutions to create one universal system that could eventually be implemented across the world, by different private and government agencies, with added transparency while eliminating corrupt practices.

Learn more about Morpheus.Network at https://morpheus.network