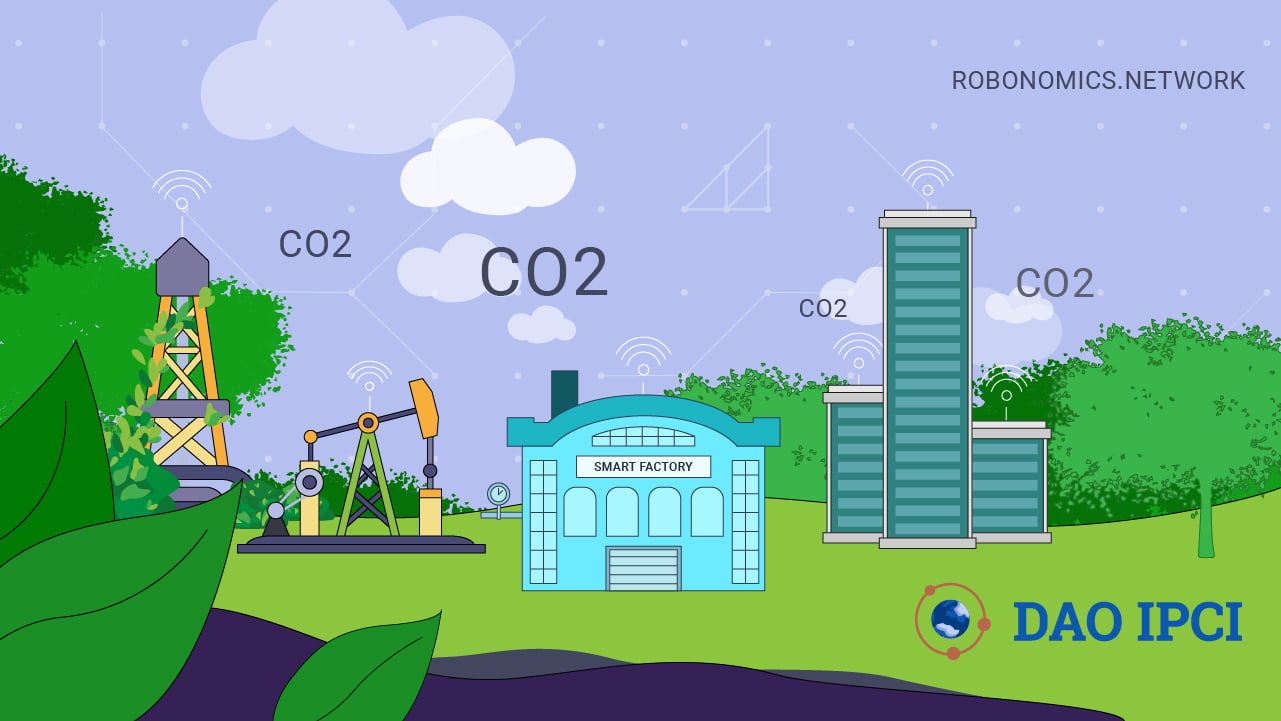 Despite the futuristic forecasts, there are not so many real-world applications of the blockchain technology, especially at a global scale. But the green capital market, where the blockchain has already been tested and proven its applicability, is not a case. The technology opens ecological markets for enterprises, allowing emissions trading. In this publication, we explain how this happens.

Before turning to a specific case, let’s touch upon the above-mentioned emission trading and clarify the essence of this phenomenon.

The case concerns emissions of CO2 into the atmosphere, whose main issuers are power generating companies using fossil fuels. To reduce the harmful effects on the environment and the prevention of climate change, the Kyoto Protocol came into effect in 2005, providing for emission trading.

Emission allowances, or quotas, and carbon credits (accountable emission reductions) are measured by carbon units equivalent to one tonne of carbon dioxide emitted into the atmosphere. Since above-quota emissions are limited and subject to a fine, carbon credits are in demand and available for purchase on the exchange. This practice is called cap and trade. Other market models like credit-based or tax and trade or transaction-based are also developed and implemented.

The point of carbon units trading is not only to make countries buy off problems but also to make mitigation, offsetting of environmental damage most cost-efficient, to stimulate them to reduce harmful emissions, effectively develop their economy and attract investments.

However, if the theory looks great, things are somewhat more complicated in practice. The markets suffer from over-regulation, over-centralisation, and disintegration, unpredictability, fraud, and non-transparency, as well as high transaction costs.

This is where blockchain comes into play

The world’s first carbon units transaction using this technology took place in the spring of 2017, in the DAO IPCI blockchain ecosystem. The system built on the Robonomics digital platform by Airalab, combines verification, registration, and environmental commodities market functions. It allows users to allocate and manage environmental assets and liabilities through distributed ledgers stored in the blockchain.

DAO IPCI concept is based on the peer-to-peer market interaction of several parties including those who are responsible for environmental damage, those who suffer the damage and mitigation (offsetting) instruments providers.

The pilot transaction has been carried out in DAO IPCI under Blockchain Climate Standard between Aera Group (France) and Russian Carbon Fund with the solar energy carbon credits of Mauritius origin in March 2017.

For now, 53 jurisdictions and numerous voluntary carbon market solutions make up the project’s target audience, let alone international aviation pilot market mechanism while carbon market is likely to reach $10 trillion in the mid-term perspective, according to the DAO IPCI.

The above-mentioned case describes only one of Robonomics Network implementations. It opens up a green capital market and investment opportunities not only for countries but also for so-called smart buildings improving their efficiency and sustainability. A 40-storey office building, which consumes a lot of energy for heating, air conditioning and maintaining its systems, can also calculate its carbon footprint and acquire units through the platform, says Sergey Lonshakov, Airalab’s visionary leader, Robot economics architect.

After attracting over $ 1 million investment through the first round of ICO held in 2017, his team is now preparing for the further Robomics tokens’ distribution and establishing a bounty program for miners.