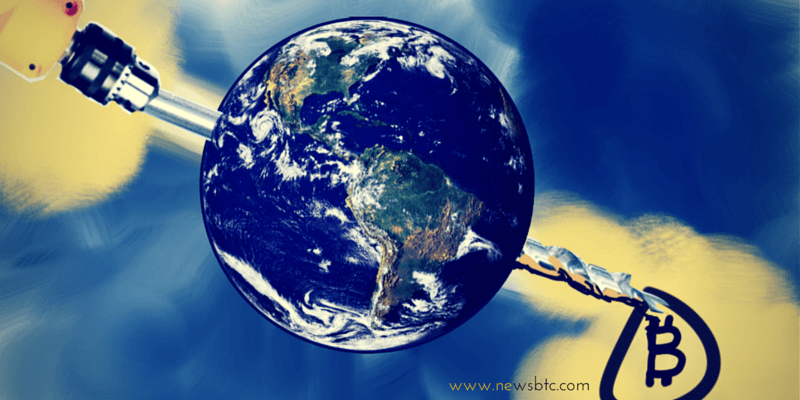 Can Bitcoin Mining Harm the Environment?

Australia’s Long Future Foundation released a report indicating that bitcoin might have a long-term negative impact on Mother Nature, as production could eventually take up roughly 60% of the world’s electricity production. In their research, they calculated the amount of energy bitcoin miners could consume and realized that this requires the same amount of electricity that runs 1.5 billion homes each year.

The Australian think-tank said it is important to address the energy concerns that bitcoin mining could create before they become a problem. “Bitcoin has the potential to have an enormous impact on our global resources and energy use if not managed properly,” explained its spokesperson Guy Lane. For them, the bitcoin industry shouldn’t ignore the economic, social, and environmental impact that the cryptocurrency might create.

“Bitcoin miners can get power cheaply for $0.05 per kilowatt hour (kWh) which means that they get 20 kWh per dollar spent,” noted the group’s website.

“As their bitcoin value increases, more people will certainly look to create more bitcoins, the cost and energy used in this process will logically grow so long as people can make money,” explained Lane. “There is a lot to be said for bitcoin as a currency, but it may ultimately be fatally flawed because of its growing energy consumption.”

Some members of the bitcoin mining community have dismissed the computations as inaccurate. “The main thing that they [the foundation] appear to be missing is that the amount of coins released to the network is halved every four years,” said Sam Cole, founder of KnCMiner AB. “The people who produced the report are very bullish on the coin price.”

BitStarz Player Lands $2,459,124 Record Win! Could you be next big winner?
Get 110 USDT Futures Bonus for FREE!
Tags: bitcoin costsbitcoin minersbitcoin miningNews
Tweet123Share196ShareSend
Win up to $1,000,000 in One Spin at CryptoSlots