Can Bitcoin Still Clean Up Its Reputation? 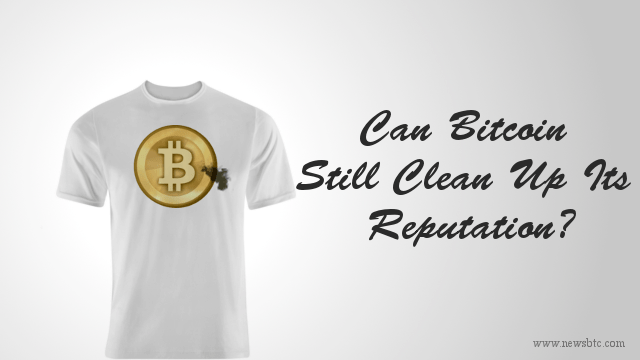 Last week, Silk Road founder Ross Ulbricht was sentenced to life imprisonment for operating an underground market using bitcoin for anonymous transactions. The cryptocurrency has once again been placed in a negative light, reminding financial authorities of its use in money laundering and criminal activity.

Bitcoin has been struggling to shake off this association but seems to be failing in its attempts, as one form of scam or hacking incident typically pops up every now and then. Financial authorities in most nations are trying to crack down on the illegal activities carried out using the digital currency, highlighting the need for oversight on the industry.

The Potential of Bitcoin

Despite this, bitcoin enthusiasts and startups are still hard at work establishing ways to make the cryptocurrency useful in the modern world. Some have focused on its use as a viable money transfer or remittance mechanism, as it offers much lower costs compared to credit cards or traditional online payments. Others have created ETFs or CFDs to allow investors to profit from the price changes while still managing their risk properly.

Still, it can’t be denied that there is a need for a set of rules to govern this growing industry. According to the Winklevoss twins who are avid believers of bitcoin, financial regulation could help reduce the incidence of crime in the industry.

“We believe that this will be the year of infrastructure for bitcoin,” Tyler Winklevoss told The Post.

Along with his brother Cameron, Tyler Winklevoss is set on introducing an FDIC-insured exchange called Gemini, which they have likened to a Nasdaq for bitcoin. They believe that this could draw in more investors who are still waiting on the sidelines for a more stable way to invest in the cryptocurrency. They are joined by Ben Lawsky, who has recently stepped down from his post on the New York Department of Financial Services to work as a business consultant.

Tags: bitcoin regulationbitcoin winklevossbitlicense lawskyNews
TweetShare
BitStarz Player Lands $2,459,124 Record Win! Could you be next big winner? Win up to $1,000,000 in One Spin at CryptoSlots