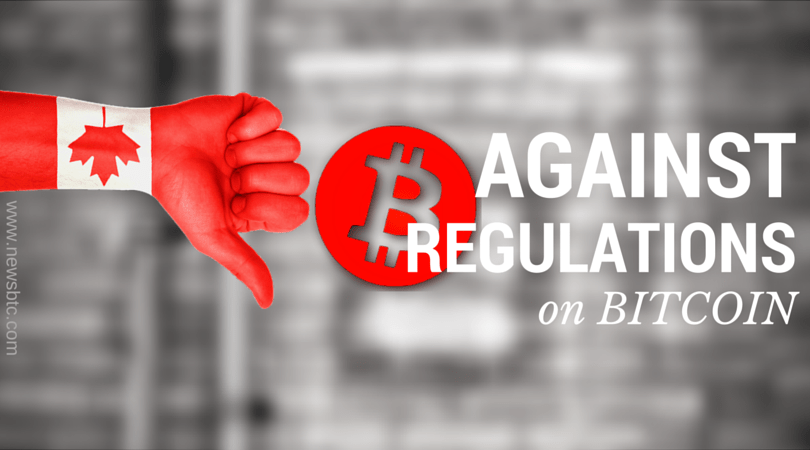 While most governments have been taking steps to regulate the bitcoin industry and others declaring a completely close-minded stance against digital currencies, Canada’s Senate decided to vote against bitcoin regulation. The Canadian Senate’s Banking, Trade and Commerce (BTC) committee released its findings last Friday and asked the federal government to use a “light touch” in dealing with digital currencies.

The report indicated that legislators have acknowledged that the bitcoin industry is still young and developing so they’d like to see a more nurturing environment instead of one that discourages innovation. “We’ve heard, and we agree, that blockchain technology is at a delicate stage in its development and use,” the report reads. “This is why we urge the government to explore the vast potential of this technology, while treading carefully when contemplating regulations that may restrict and stifle its use and development.”

Canada is one of the more open-minded countries when it comes to bitcoin developments and other digital currencies. There are several bitcoin startups based in the country and even students are encouraged to ramp up their understanding of the cryptocurrency. Several bitcoin ATMs have also been installed all over its main cities.

Bitcoin enthusiasts and startup owners were very pleased with this development, lauding the desire of Canadian senators to set the stage for more fintech innovation.

“The senators we talked to were very wary of more regulations and expressed concern about the effect of regulations on stifling innovation,” said Victoria van Eyk of ChangeTip. “The committee made it clear to us that they wanted nothing to stand in the way of Canada becoming a world leader in developing new financial technologies.”

“This will go down as a defining moment in the history of Bitcoin in Canada,” said Kyle Kemper, executive director of the Bitcoin Alliance of Canada. “This report represents the most thorough and well-balanced study of a technology that stands to be as impactful as the Internet.”