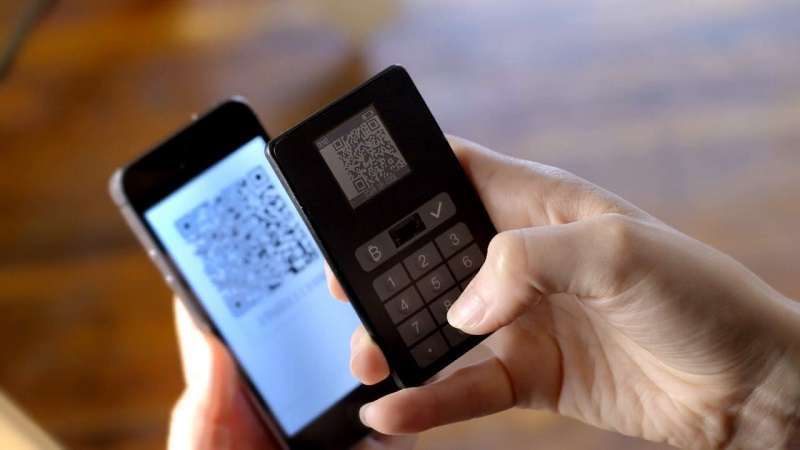 The bitcoin businesses, especially exchanges have become the favourite target for hackers. There have been and continue to be at the receiving end of numerous hacking attacks. These hackers have gotten lucky in few cases like that of Mt Gox and Bitstamp as they made away with millions of dollar worth in bitcoin. This is not the time to feel disheartened, as Case will put all your worries about the bitcoins you own to rest.

Case Wallet, supposed to be the world’s most secure hardware wallet developed by a Bitcoin start-up Cryptolabs will be available soon for bitcoin users. Thanks to the security features, Case Wallet can be aptly referred to as the Fort Knox of hardware bitcoin wallet. This new credit card shaped wallet comes equipped with a small screen, a finger print sensor, camera and a few buttons along with an in-built GSM chip. In order to make a transaction, one has to use the camera to scan the QR code after pressing a tiny Bitcoin button. The transaction has to be then authorized by swiping the registered finger over the fingerprint sensor. Apart from making transactions, Case Wallet can be used to buy and sell bitcoins as well.

In the words of Melanie Shapiro, co-founder and CEO of CryptoLabs while describing bitcoin wallets currently available in the market – “There is no easy and secure way to use bitcoin. You are either getting security or you are getting ease of use”. But Case offers high standards of security while maintaining the ease of usage.

While it all seems so easy and simple from the outside, the process that happens behind the scenes is proportionally complex. Case Wallets are multi-signature wallet with two signatures. The wallet ships without a private key, as it will be generated when the device is first used. The private key will be permanently stored in the wallet and any transactions made will be authenticated by the server only when the finger print matches the biometric data available on the server. The GSM chip built into Case Wallet facilitates the communication between the wallet and server.

What if you lose the wallet? No worries, apparently, there is a third key which will be safely locked away in some crypt and  the company will let you have it to access your balance provided that you ask them nicely and verify your identity. It is almost time, a limited number (1000) wallets will be available at $199 a pop and it can be pre-ordered on their website.