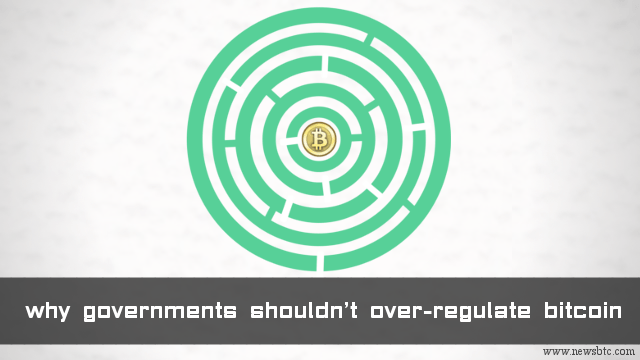 The US-based organization was one of the most frequent and active voices to push for a tech-friendly BitLicense, but today stands disappointed with some of its problematic provisions. The first and the foremost issue discussed in Coin Center’s blogpost is related to the anti-money laundering requirements which ends up being rather confusing than simplified.

“The new language is vague and unclear about how compliance with federal regulations will exempt a BitLicensee from those state-level obligations,” Jerry Brito, the Executive Director of Coin Center, stated. “My question is, if you register with FinCEN, do you have AML obligations to New York State?”

The group further positioned its criticism on NYDFS’s decision to inflict certain anti-money laundering and cybersecurity requirements on Bitcoin businesses. These laws, as per the available information, have never been inflicted on the legacy payment industry in the past. The New York regulators are however looking towards inflicting them on traditional money transmitters and banks as well, something which Coin Center believes is not digestible — not yet.

“The Department has rationalized this discrepancy by suggesting that it would apply the same heightened standards to the banks and money transmitters,” it said. “With the Superintendent’s imminent departure, however, we are left wondering if that will be the case.”

Elsewhere in its blogpost, Coin Center argued with NYDFS over their lack of empathy towards innovations. It challenged a provision that obligates individuals and businesses to take approval from the government before launching a “new” product. The ruling is likely to impact developers working on projects that may not look compatible with the NYDFS’s standards. Wonder what it will take to launch a Bitcoin 2.0 project under such restrictive clouds.

The group further highlighted the grey areas in the Lawsky’s speech that never explains the following:

In separate comments, many Bitcoin veterans — including Jeremy Allaire, John Collins and Adam Draper — have criticized BitLicense for being an arrogant law.

The New York Bitcoin regulation meanwhile has also received praise for improving some of the previously introduced provisions. The new version, for instance, has excused Bitcoin technology startups from obtaining the license. It has also eradicated a provision that asked businesses to seek permission before updating their existing services.