Coin Citadel is Raising Bitcoin to Increase its Holdings 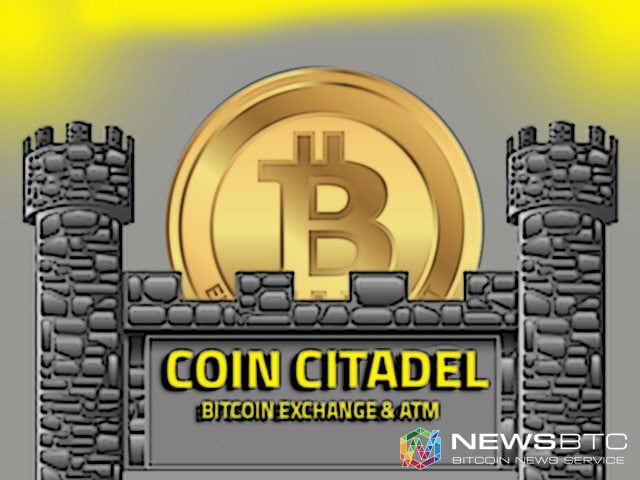 Coin Citadel, the company that has been involved in bitcoin-based business for a while, has now decided to increase its bitcoin holding by over $750,000 in the coming days. The announcement was made by the company in a press release earlier today.

While Coin Citadel has already explained about its intentions to increase its holdings, the company has not divulged any specific details about from where the company will be receiving the bitcoin. But by raising about 1,675 bitcoins as part of the non-dilutive stock transition, the company’s total holding will stand at 2,251 bitcoins, which is over $1 million.

In addition, Coin Citadel has revealed that the company is also acquiring two additional assets, the details of which will be revealed only after another week. James Pulver, the CEO of Coin Citadel was quoted in the press release saying:

“My job is to add value to the company and to take advantage of opportunities like this. The more prudent acquisitions we make and assets we have, the more valuable out the company will be. With this Bitcoin asset, we will have over $1 million in bitcoins to complement out new upcoming acquisitions. With everything falling into place we feel we are moving forward in the right direction.”

Coin Citadel has been in and out of the bitcoin sector for a while. Earlier last year, the company launched its first Bitcoin ATM in California. Before that, Coin Citadel was the owner of Bitcoiner7, a bitcoin exchange, which is not operational anymore. Listed on OTCMarkets.com, Coin Citadel is working its way towards regaining ‘current’ status on the platform. The bitcoin and other acquisitions currently in the books are all part of the same plan.

It is not sure, what the company has been up to in the recent days, but the company’s profile on OTCMarkets.com shows that Coin Citadel was originally incorporated in 1986 as Fertility Advancements Inc. Since then the company has changed its name and core areas of business a number of times.

The future plans of Coin Citadel are not yet known, but maybe, the company will enlighten the bitcoin community about it in the coming days. We also look forward to knowing more about it then.