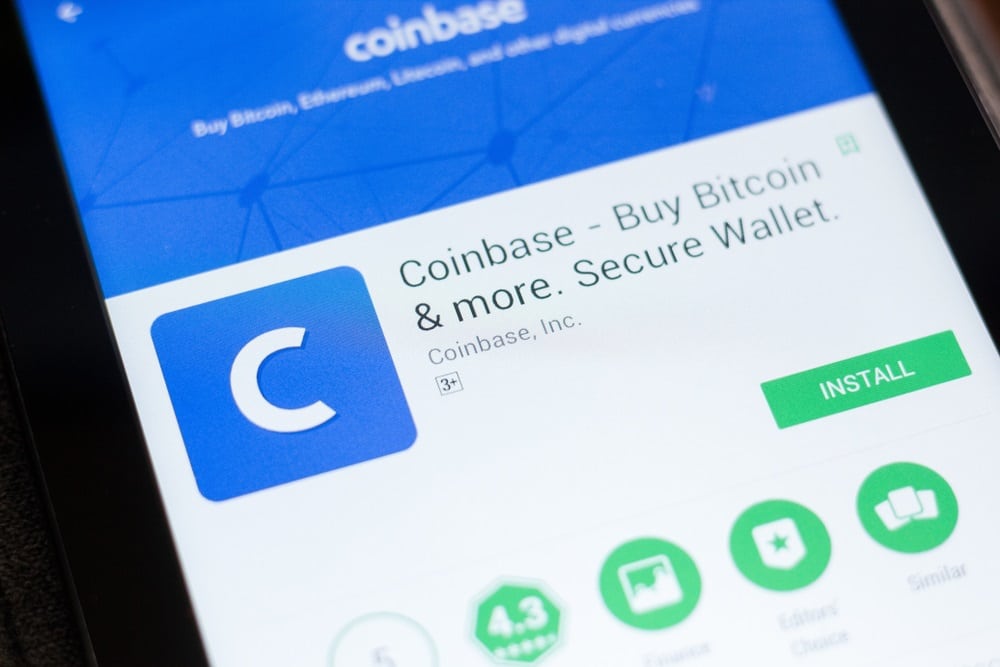 Due in part to the recent bear market for cryptocurrencies, digital currency exchange Coinbase has seen a drop in the number of downloads of its app, reaching levels that are comparable to April 2017. The drop could reflect fleeting interest from retail traders, but doesn’t mean that institutional investors aren’t still buying in.

Amidst the all-time highs of digital currencies registered at the end of last year, Coinbase soared to the top spot for U.S. finance apps in terms of downloads.

Since then coins like Bitcoin have lost more than half their value, and perhaps in response Coinbase’s app has fallen to the 40th position in the June app download rankings, as per a report from Quartz.

What’s worth remembering is that the app isn’t the only way customers access Coinbase, as customers can also use its website. Also, the frequency of app downloads is not a clear-cut way to gauge consumer interest, because larger investors that trade more frequently and at higher levels only need one account to do so.

San Francisco-based Coinbase has also been developing services that are less linked to trading volumes, like Coinbase Asset Management and Coinbase Custody, which is used to securely store digital assets for hedge funds and family offices.

Despite this potentially worrisome new information regarding its app, in general, cryptocurrency exchange platforms are doing extremely well. Coinbase has a valuation of about $8 billion — up from just $1.6 billion in 2017. As for revenue, the company generated more than $1 billion last year. Furthermore, Coinbase currently safeguards the equivalent of $20 billion for its customers.

Moving forward, the exchange’s co-founder and CEO Brian Armstrong said on Twitter that the company isn’t worried about the short-term outlook. Armstrong believes that downturns actually help clear out the people who are involved in the crypto market for the the wrong reasons.

Also of note is that despite the fact that some exchanges have pushed back against closer scrutiny from financial regulatory authorities, sometimes moving to jurisdictions with more welcoming financial policy, Coinbase positions itself as being closely aligned with government watchdogs.

Throughout the digital currency revolution, the crypto platform has continually cemented itself as one of the most consumer-centric cryptocurrency service providers. But with the recent launch of the aforementioned Coinbase Custody, the exchange intends to make moves amongst incoming institutional investors as well.

As NewsBTC reported, Coinbase has already accepted deposits from 10 hedge funds and family offices, all within its first week of operation. And their aspirations don’t end there, as the firm hopes to take on a total of 100 institutional clients and manage a collective value of $5 billion in crypto assets by January 2019.

In other news, last month the crypto exchange posted on their blog that they are on track to become a regulated broker-dealer pending approval by U.S. financial authorities.

If approved, the exchange will soon be able to offer blockchain-based securities in compliance with the U.S. Securities and Exchange Commission (SEC) and the Financial Industry Regulatory Authority (FINRA), made possible by their acquisition of a broker-dealer license (B-D), an alternative trading system license (ATS), and a registered investment adviser (RIA) license.