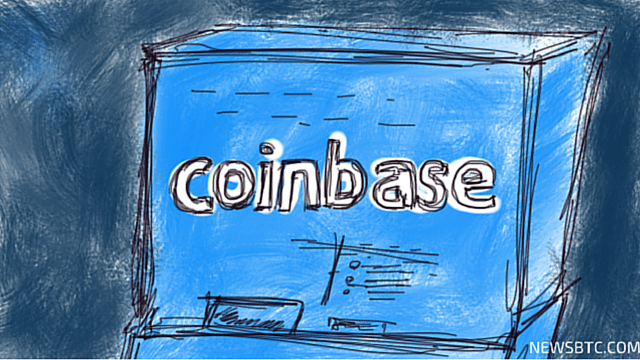 Coinbase on a Lookout for Additional Funds

The leading Bitcoin wallet and exchange platform, Coinbase is on a lookout for investors. The cryptocurrency company is said to have embarked on a fundraising mission, with the intention of raising about $100 million.

According to reports, Coinbase’s latest fundraising round is the biggest ever for any cryptocurrency business. Founded by Brian Armstrong and Fred Ehrsam, the company has so far raised around $116.5 million from various investors including Andreessen Horowitz, Union Square Ventures, DFJ, NYSE and other banking and financial institutions.

Coinbase currently commands a valuation of $1 billion, with operation spread across multiple countries. The company’s need for additional funds could have been driven by the dramatic rise in Bitcoin value in the recent months, followed by speculations of a further increase in the coming days, to reach $4000.

In addition to increased need for liquidity, the company is also in the process of expanding its services to different countries. The increasing demand for cryptocurrencies in Asian markets presents an attractive opportunity for Coinbase. With the new round of funding, the cryptocurrency platform could start strengthening its presence in the Japanese, Chinese and South Korean markets.

The recent issues faced by the platform in light of increased activity is also worth notable. Coinbase, like many other platforms, was caught unprepared during the sudden influx of new users and traffic, resulting in frequent outage and disruption of operations. In order to keep up with the growing market, the cryptocurrency platform is also faced with a need to upgrade its infrastructure.

Since Japan legalized Bitcoin, the demand for cryptocurrency is quite high, driving the price upwards in the global markets. Recently, the Chinese cryptocurrency exchanges have started allowing its users to withdraw Bitcoin deposits, indicating their operations’ return to normalcy.

There is no concrete information available at the moment about the upcoming fundraising round or the participating investors, but it could be expected soon.

Read our comparison of 50 different crypto casinos. Find out who has most generous bonuses, best UX, knowledgeable customer support and best provably fair games.
Tags: bitcoinBitcoin NewscoinbasefundraisinginvestmentsNews
Tweet123Share196ShareSend
Win up to $1,000,000 in One Spin at CryptoSlots

Polygon Team Reports Apps On The Network Surge By 400%