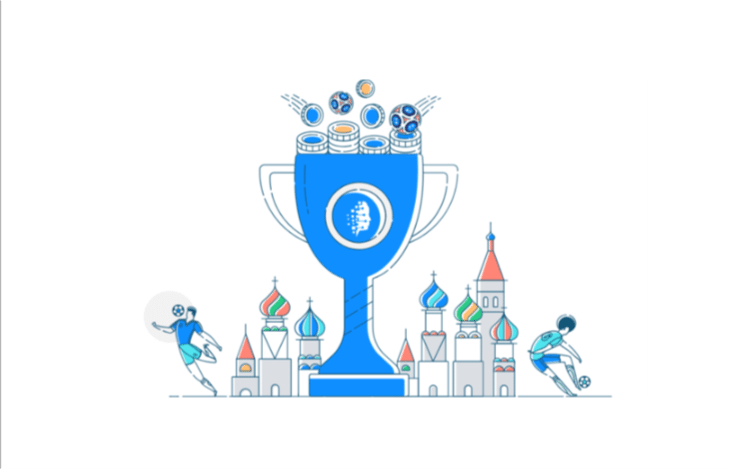 The FIFA World Cup is an interesting one this year. Hosted in Russia, it’s had no shortage of twists, turns, and unexpected moments. Germany, the current champions and among the favorites to win, have already been eliminated from the tournament. Meanwhile, nations that are generally unbeatable have looked shaky, while typically average teams have been on fire.

It’s shaping up to be a World Cup to remember, and encashing upon the excitement with an attractive promotion is Coinmama, a cryptocurrency platform which is currently offering prizes and discounts to users signing up, verifying themselves and making purchases on it.

By setting a low entry barrier to participation, Coinmama looks forward to attracting both seasoned as well as first-time cryptocurrency users, seeking to invest and/or trade the hottest asset class of the decade.

Coinmama is a platform for buying cryptocurrencies — fast.  The platform focuses on making the buying process secure and straightforward, doing away with a lot of the complications and barriers that plague many similar platforms.

They want to bring simplicity to the crypto trading space, which is often overcomplicated and requires users to jump through various hoops just to get started. There are also plenty of concerns about safety in the space, and Coinmama wants to tackle that too.

On the platform, users can quickly and safely buy coins like Bitcoin, Ether, and Ripple (among others) using their credit card. It has an easy account verification process in place and works globally so that anyone from anywhere can purchase their favorite cryptocurrency in no time.

The platform is making a name for itself by creating a no-nonsense, reliable and secure way to purchase cryptocurrencies without added stress to the people. The Russia World Cup promotion is definitely an opportunity that’s being well utilized by Coinmama.

In Coinmama’s promotion, there are many ways for users to get involved and stand a chance of winning a prize. These are:

This competition could well bring even more excitement to a World Cup that’s been far from boring already. With pretty low requirements for eligibility, those following the FIFA World Cup, either on television or at the stadium can make a quick buck/get great discounts by taking part in a simple promotion.