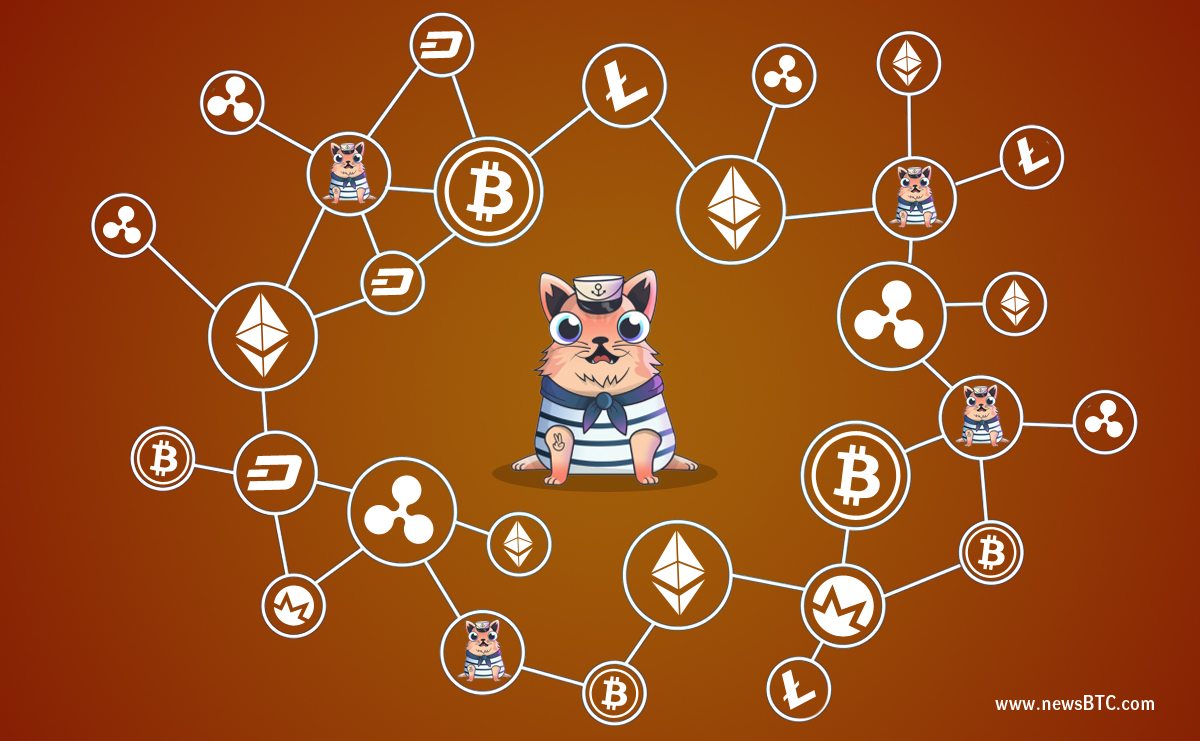 A new craze is sweeping the internet, just as Pokémon Go did last year, though this is more like the Tamagotchi’s that came to our pockets in the 1990s. Today it is CryptoKitties, a virtual pet based on blockchain technology. It is the first of its kind; a game that runs on the Ethereum network.

Released on November 28 by Vancouver and San Francisco based design company AxiomZen the game allows users to birth, breed and raise virtual cats which can then be bought or sold in the marketplace. Because they are created on the distributed ledger each one is unique and it is these different traits that determine their value.

In order to grow and breed these crypto kittens, users need to spend Ether tokens. Unlike other avatars which are stored on gaming servers, these ones can actually be owned due to the decentralized nature of the blockchain. According to reports the game now consumes at least 11% of all of the traffic on the Ethereum network.

Players have already spent over $3.5 million in Ethereum on the new feline fad and over 24,000 digital moggies have been sold or ‘birthed’ according to the game’s website. The original one went for over $100,000 and the average price for a new avatar is around $110.

The concept came about as the founders saw the need to explore crypto applications outside of currencies and ICOs; “We wanted to make blockchain technology accessible to the everyday user, as we believe this is a key step in otherwise seeing the technology adopted”

Vitalik Buterin, creator of Ethereum, also Tweeted on the kitty craze saying: “I actually like the digital cat games. They illustrate very well that the value of a blockchain extends far beyond applications that would literally get shut down by banks or governments if they did not use one.”

There is one obvious downside though, and that is the scalability of Ethereum in its current state. Transactions on the network have already slowed and some fear that the popularity of games such as this will increase transaction costs as the network struggles with demand. Game creators have already addressed this by increasing the cost: “Due to network congestion, we are increasing the birthing fee from 0.001 ETH to 0.002 ETH. This will ensure your kittens are born on time! The extra is needed to incentivize miners”

Ethereum has been a lot more stable than Bitcoin in recent months, spending two months hovering around $290 before jumping to current levels around $460 in the last two weeks. Crypto based gaming could see this price rise even further as Ethereum shows its capacity to be much more than just a cryptocurrency.