Currency.com vs BitMEX – Can Regulated Tokenized Securities Compete with the King of Crypto Derivatives? 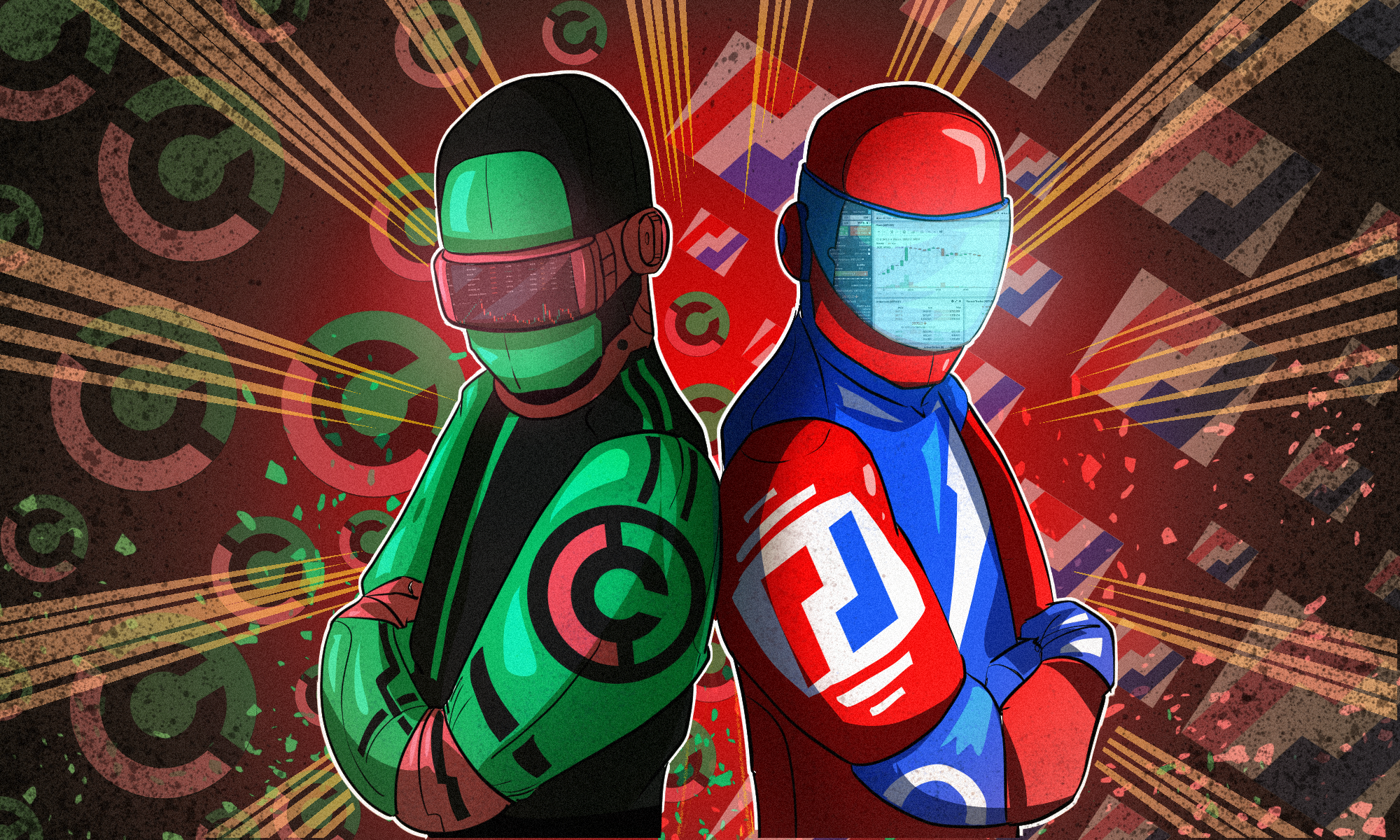 Having launched in 2014, BitMEX enjoyed many years as the only fish swimming in the cryptocurrency derivatives pond. However, in recent times, it has found itself surrounded by an increasing number of competitors, both large and small.

OKEx, Huobi, and Binance have all expanded from the spot markets into the crypto derivatives space. Other platforms such as Deribit, Bybit, and FTX have entered the sector with their own offerings targeting BitMEX’s market share. Based on recent trading volumes shown on Skew, some of these newcomers are starting to catch up to their predecessor, which is already losing out on volume to its bigger competitors. 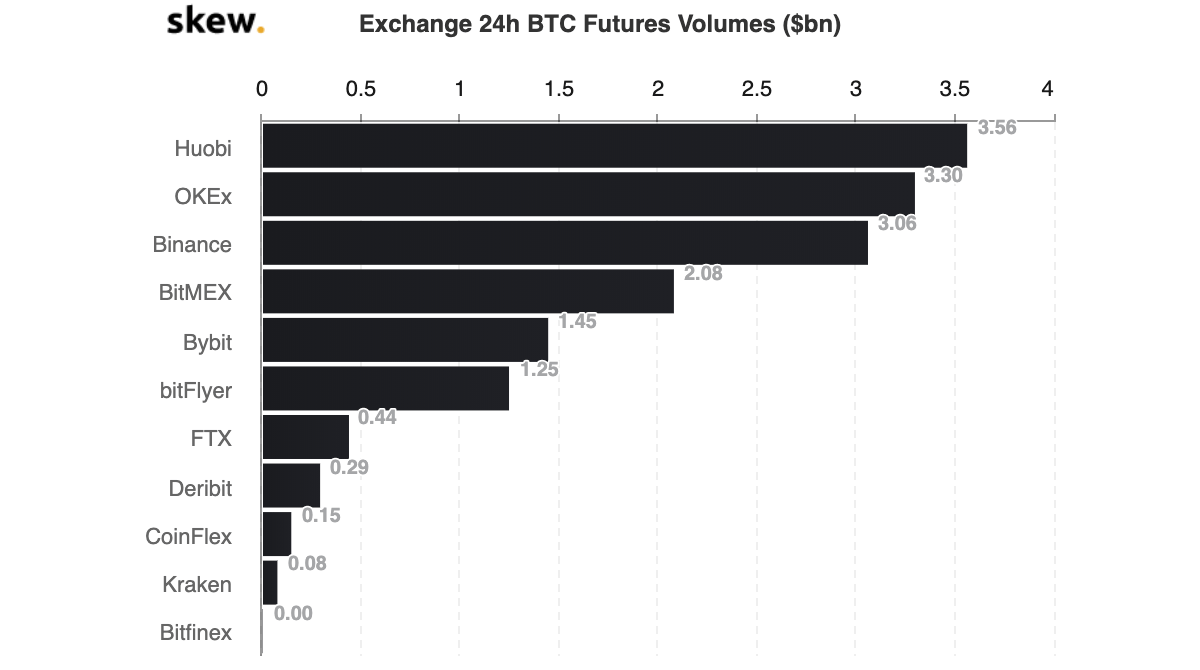 Now, there’s a new player in the game – Currency.com. The company has launched its regulated trading platform offering users the opportunity to trade tokenized securities, including commodities, indices, and even stocks. So how does the newcomer measure up to BitMEX?

Currency.com partners with a sister firm called Capital.com for brokerage services. Each time a user buys or sells a tokenized security, Capital.com conducts a transaction on the open market to buy or sell the underlying physical asset. Currency.com then credits or debits the user’s digital wallet with the tokenized version.

Users can buy tokenized indices such as the S&P 500 (^GSPC) or FTSE 100 (^FTSE) or individual company shares such as those in Tesla (TSLA), Netflix (NFLX), Apple (AAPL), or Google (GOOGL). The range of tokenized commodities includes precious metals, oil and gas, and crops such as coffee and cocoa. Various forex pairs and cryptocurrency/fiat pairs are also available for trading.

Both platforms offer leveraged trading up to a maximum of 100x. However, the leverage available depends on the product itself.

Trading fees are comparable on both Currency.com and BitMEX. Both platforms charge a 0.075% taker fee and offer a 0.025% rebate on maker orders as a means of incentivizing traders to contribute liquidity to the order book.

BitMEX only accepts funding in Bitcoin and settles all account balances in the same. There are no fees for deposits or withdrawals.

Currency.com allows users to fund their accounts using a variety of fiat and cryptocurrencies. Fiat deposits can be made in USD, EUR, GBP, BYN, or RUB via credit card, Apple Pay, or wire transfer. It also supports cryptocurrency deposits in BTC, ETH, LTC, and others. Funding fees are generally lower for cryptocurrencies than fiat.

BitMEX is an unregulated exchange operating out of Seychelles. As such, it has encountered severe reputational issues. These include allegations that it runs a trading desk that profits from trading against users, and that the exchange profits from liquidated positions. For its part, BitMEX has denied the allegations.

Nevertheless, the company continues to battle against regulatory and legal woes on several fronts. Last year, the US CTFC initiated an investigation against BitMEX for allegations that it was allowing US citizens to trade on its platform, which it also denies. More recently, the company has been hit with a slew of lawsuits alleging various illegal activities.

On the other end of the spectrum, Currency.com trumpets its regulatory status as a differentiator from its competitors. The company chose to set up its headquarters in Belarus, mainly because the government there has set up a comprehensive legislative framework around blockchain and cryptocurrencies. Currency.com has undergone the necessary checks and filings to become fully regulated by the government of Belarus.

Partner company Capital.com is regulated by the UK Financial Conduct Authority and the Cyprus Securities and Exchange Commission.

Currency.com also undergoes regular audits by the Big 4 accounting firms. As a regulated exchange, users of Currency.com must undergo a full KYC check to comply with anti-money laundering legislation.

Some parts of the crypto community are very anti-KYC, citing privacy concerns. However, there’s a clear trade-off to be had between the security and reputation of regulated versus unregulated platforms.

BitMEX is one of the few cryptocurrency exchanges that has never been hacked. The company states that it runs a multi-signature scheme for all deposits and withdrawals to its platform. Due to its offline storage systems, hackers wouldn’t be able to find enough keys to enable any theft of funds.

Currency.com uses servers protected in a professional data center, overseen by video surveillance and armed guards. The company also utilizes cold storage wallets for most of its fund storage. It uses encrypted hot wallets only for the minimum funds necessary to maintain exchange liquidity.

Furthermore, Currency.com keeps all funds in reserve, meaning a “run” on the exchange could always fulfill all withdrawal requests.

Currency.com states that it can handle up to 50 million trades per second with no downtime.

On the other hand, BitMEX has a poor reputation for platform stability, with frequent server outages. During the “Black Thursday” market crash in March 2020, there was speculation that BitMEX had taken down its platform deliberately, as a form of circuit breaker to stop trading amid the market bloodbath.

Arthur Hayes is the co-founder and CEO of BitMEX and generally serves as the face of the brand. Before founding BitMEX, Hayes was an experienced equity derivatives trader, having worked for Deutsche Bank and Citibank. Hayes is flanked by Ben Delo, an Oxford graduate in Mathematics and Computer Science, and Samuel Reed, an experienced computer scientist.

Currency.com is founded by Viktor Prokopenya and Said Gutsierev. Prokopenya is an IT entrepreneur and investor who founded the investment firm VP Capital. Gutsierev is an Oxford graduate and founder of Larnabel Ventures. Both co-founders have used their respective investment firms to provide backing to Currency.com.

Given the stark differences between these two platforms in terms of products and approach to regulation, they’re some way from being direct competitors. However, the sharp rise of FTX Exchange with its novel offerings, such as leveraged tokens, does indicate that those in the crypto trading space have an appetite for innovative new products.

BitMEX has been steadily losing market share over recent years, even despite the burgeoning market for cryptocurrency derivatives. Therefore, there’s every chance that Currency.com could lure away traders with its broad product range and keenness to appease regulators.