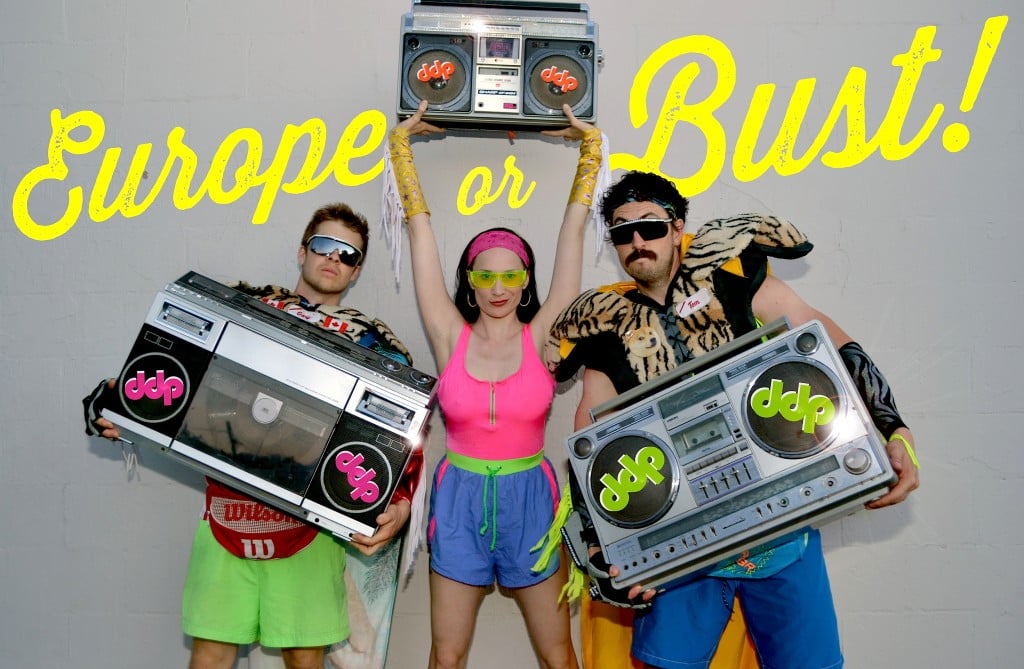 The Decentralized Dance Party is exactly what it sounds like, and arguably the first decentralized autonomous organization. It formed during Bitcoin’s infancy, and it quickly gained mainstream media attention. Although it began as a separate movement, the DDP became involved with Bitcoin in 2011, and will be using it to help fundraise for their upcoming European tour and new blockchain applications.

It begins at a central location, where the party-goers gather. Boomboxes are handed out, all of them tuned to the same FM radio channel. A brigade of banana men direct the crowd, and an elite team of DJs lead the way armed with a radio transmitter.

Their path is carefully planned, and the crowd accumulates more dancers along the way. The DJs inform the authorities ahead of time, and seldom encounter problems. These massive celebrations can number in the thousands or even the tens of thousands, and can occur spontaneously anywhere in the world.

Their next destination is Europe, a surprise trip initiated by a request to star in a documentary as themselves. They were required to debark in London, but decided to extend their trip for sixteen day through Paris, Berlin, Venice and Athens. The first event is on September 17, and already has over 100 RSVPs on Facebook.

This is all part of a larger campaign to establish permanent local chapters around the world, which the DDP calls “Cells.” Each will erupt with celebration simultaneously during the Global Party Pandemic–a worldwide extravaganza. Then they can get back to work on the Official DDP Field Manual, an excruciatingly-detailed elaboration of their Party Manifesto combined with a how-to guide.

The Decentralized Dance Party has accepted Bitcoin for years, and organizer Gary Lachance is a moderator of the Dogecoin subreddit. They’ve become focused on non-currency applications of the blockchain, however; their long-term goal is a decentralized autonomous organization, possibly via Ethereum.

They’ve also been known to support other DAOs, such as by throwing a Decentralized Doge Party during CoinFest 2014. It will be a while before such technology can be implemented, however, so for now the DDP is starting with Ascribe. It uses the Bitcoin blockchain to track ownership of digital content, as opposed to a government registrar.

The content is uploaded to their secure private cloud, which converts it to readable form (images, songs, movies) in HTML5 upon request. The original file is left untouched: it is timestamped, hashed, and inserted into the Bitcoin blockchain. There digital content can not only be owned, but freely traded, bought and sold without any intermediary third party.

These “proof of existence” applications are on the rise, and the Decentralized Dance Party wants to capitalize on them. The DDP welcomes all Europeans to join them in testing this new technology during their upcoming tour.