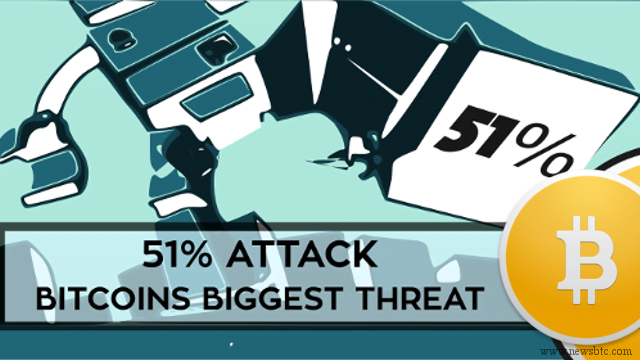 Back in June 2014, Bitcoin mining operator GHash.io had almost come close enough to capturing the 51% of Bitcoin’s mining hashrate, causing a heated debate within the digital currency community about Bitcoin’s vulnerability to potential centralization.

A theoretical aspect of centralized mining network is its potential to being manipulated by its biggest pool. As experts believe, obtaining a majority of the Bitcoin network enables double spendings and provides one the ability to prevent transaction confirmation. It is the only reason why 51% attacks have been considered as one of the biggest threats to Bitcoin adoption.

But with a series of regulations proposed and passed in over the last year, not one eye had fallen on this tragic prospect of Bitcoin — not until the European Banking Authority (EBA) intervened.

Dr. Dirk Haubrich, the head of the EBA’s consumer protection and financial innovation department, recently opened up the old wounds in his comments during an event at the University of Birmingham. As CoinDesk reporter Emily Spaven writes, Dr. Haubricht spoke lengths about the potential of 51% attack as one of his foremost concerns in case the digital currency gains mass mainstream adoption.

He further said that he believes in the possibility of such an event happening anytime in future, where a single entity will assume the power over the entire Bitcoin network — even move the blockchain. He was previously assured by numerous digital currency veterans that such an event would not abuse the system.

No Definite Solution in Sight

Despite hinting that EBA might try to regularize mining pool distributions, Dr. Haubrich admitted that their organization is not planning to implement this rule for now, for it will also put Bitcoin network under a centralized authority. He however added that there should be someone who can take responsibility to maintain the integrity of the Bitcoin ecosystem, while rejecting a regulator or a public authority to undertake such a responsible role.