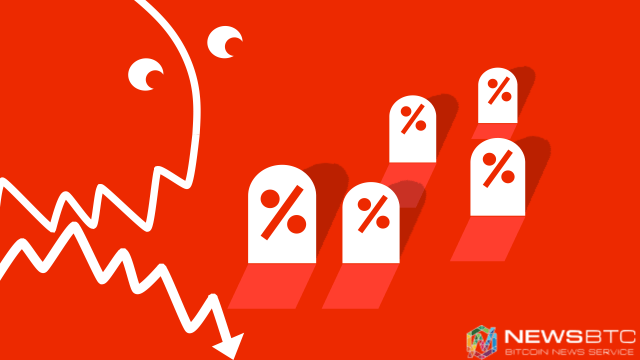 With the current fiat based economy, no one can escape recession. The threat of recession has been constantly looming over the heads of major economic powers like the United States for over a decade now. Recession is caused by uncontrolled rise in deflation resulting from falling market demand. The fall in demand, if left unchecked can create a domino effect resulting in a massive decline in a nation’s GDP. The Great Recession of 2008-09 is one of the best examples of how a recession can affect not just the governments and big corporations, but individuals as well. Governments and Central banks frequently introduce measures to keep deflation in check by introducing various monetary policies, all part of the effort to prevent the economy from going to a recessionary spiral. The US Federal Reserve’s efforts to kick-start the country’s economy from the Great Recession and to prevent another recession continues even today. The US economy is under prolonged economic sickness for over a decade now. Even though it has been alleviated from most of the major symptoms, the signs of weakness are still visible. The latest report of US GDP clearly shows that the country’s economy is in a slowdown.

US Economy Moving Towards Recession?

According to the Bureau of Economic Analysis, the fourth quarter estimate of GDP in 2015 shows a significant reduction from the previous quarter. The first estimate for Q4 (2015) shows about a 50 percent decline in various sectors from that of Q3 (2015). This report has got economists predicting the US economy falling into a deflationary trend in 2016. As the news spreads, it has now fallen upon the US Federal Reserve to introduce a new set of measures to counter the current trend with intentions of reviving the economy before it collapses even further. However, this time the Federal Reserve may include a few new tools into its bag of tricks to fend of a recession. In a recent interview with one of the leading financial information websites, the former chairman of the Federal Reserve Ben Bernanke who has gained a reputation as Helicopter Ben stated that the country’s central bank might consider negative interest rates to keep the economy afloat while pushing the growth trend upwards. Officially, the United States believes that the economy is in no danger of collapsing, but not everyone is sold to that story. Peter Schiff, the CEO and Chief Global Strategist for Euro Pacific Capital believes that the country’s economy is on its path towards serious destruction and unless the Fed implements certain steps including negative interest rates, the economy will be in recession. He drives the point further home by saying that the country may already be in recession and no one has realized it yet. Negative interest rates discourages people from hoarding assets in their accounts. This will promote lending and investments, thereby supplying the much needed capital to improve the economy. It has been tested in the EU already with some positive results. Reducing the interest rate from already near zero to negative will have its blow backs as well. People may move away from traditional financial institutions. Banks and financial companies can cushion their customers from the effects for sometime after which they will be forced to pass on the burden to maintain profitability.

Changes made to interest rates have their consequences. Most of these changes are short term fixes which will stop being effective after some time. In order to ensure a stable economy, the Federal Reserve and financial institutions will have to keep their operating expenses low and margins fair. Digital currencies like bitcoin can be a savior in this regard. The potential use of central banks issued digital currency has already been touched upon by many eminent economists. Recently, the chief economist of the Bank of England had mentioned that the use of such digital currency can help both the central bank and other banking institutions reduce the costs involved in maintaining and operating the instruments of transactions. According to Andy Haldane, by reducing the overhead costs, interest rates can be regulated according to the changes in global economy to maintain sustainable growth. On the other hand, if the Federal Reserve introduces negative interest rates for the longer term, it is possible that people will either switch to cash or invest in assets like bitcoin instead of depositing in banks.

READ MORE: Thrash Cash, Adopt Bitcoin – a Policy for the Bank of England

Increased investment in bitcoin will be good for bitcoin as it will further increase the value of bitcoin, by means of increased demand and transactions.

BitStarz Player Lands $2,459,124 Record Win! Could you be next big winner?
Get 110 USDT Futures Bonus for FREE!
Tags: bitcoinBitcoin Newsdigital currencyfederal reserveInterest rateNewsrecessionUS economy
Tweet123Share196ShareSend
Win up to $1,000,000 in One Spin at CryptoSlots