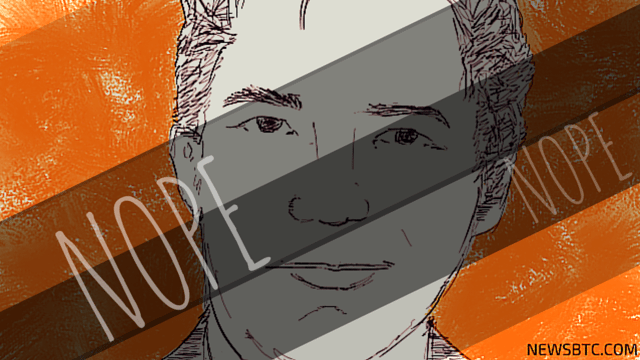 Journalists from Wired Magazine provided the links of Wright’s PGP keys, which allegedly linked to Satoshi Nakamoto, as well as Wright’s blog post months before the release of the Bitcoin white paper and an archived copy of one of his blog post in January, 2009 which stated: “The Beta of Bitcoin is live tomorrow. This is decentralized… We try until it works.”

The disclosure of Satoshi Nakamoto’s “true” identity led to a national investigation. Australian police raided the house of Craig Wright, searching through cupboards, closets and surfaces of the garage to “clear the house.”

“The AFP can confirm it has conducted search warrants to assist the Australian Taxation Office at a residence in Gordon and a business premises in Ryde, Sydney. This matter is unrelated to recent media reporting regarding the digital currency Bitcoin,” claimed the Australian Federal Police.

However, according to the evidence provided by Bitcoin Core Developer Gregory Maxwell, the link of Wright’s PGP public key to Satoshi Nakamoto which Wired Magazine and Gizmodo provided as one of their arguments is fake:

“There is now more evidence that it’s faked. The PGP key being used was clearly backdated: its metadata contains cipher-suites which were not widely used until later software.”

“This key was also not on the keyservers in 2011 according to my logs; which doesn’t prove it was backdated, but there is basically no evidence that it wasn’t and significant evidence that it was. And it’s not turning up in any of the older key server dumps,” Maxwell said.

The Denial of SIG

Earlier this year, Wright claimed to have developed a supercomputer called CO1N using the services and infrastructure of high-performance computing firm SGI. A letter—which supposedly was sent by SGI Director Greg McKeon to Wright’s company Cloudcroft Supercomputers Australia—stated that SGI would be assisting Wright’s team in the development of supercomputers.

“SGI, the trusted leader in high performance computing, is pleased to work with Cloudcroft Supercomputers Australia in assisting the development of their hyper-density machines and supercomputers,” read the letter.

However, SGI EVP and chief operating officer Cassio Conceicao denied any involvement with Wright, stating that SGI has never had any contact with Cloudcroft.

“Cloudcroft has never been an SGI customer and SGI has no relationship with Cloudcroft CEO Craig Steven Wright,” Conceicao told ZDnet.

Every year, tech journalists claim to have found the mysterious creator of bitcoin, Satoshi Nakamoto, despite his wish to remain anonymous. As Satoshi Nakamoto said on December 10 on Bitcoin-dev, “We are all Satoshi.”