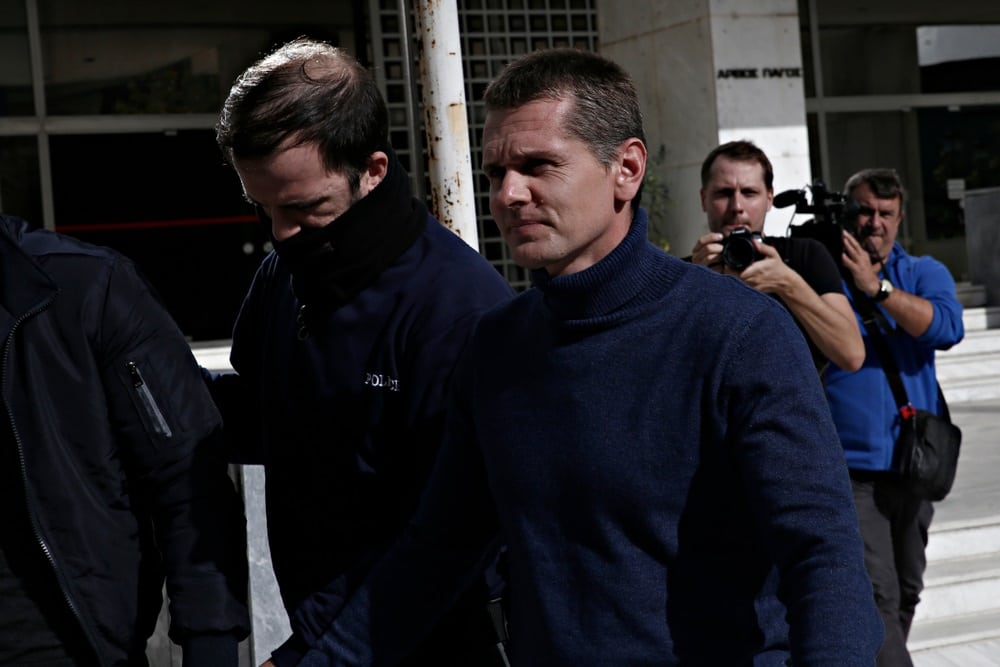 Ex-BTC-e Operator Alexander Vinnik to be Extradited to France

As part of an ongoing criminal case that has drawn international attention, a Greek court has agreed today to extradite Russian cybercrime suspect and ex-Bitcoin BTC-e platform operator Alexander Vinnik to France.

The move comes after Greek authorities decided exactly where to send Vinnik, who is also wanted on criminal charges in the U.S., specifically for 21 counts of money laundering, and Russia, for fraud.

Vinnik, who was arrested last year in Greece on a U.S.-issued international warrant, was the operator of the online Bitcoin platform BTC-e.

According to authorities, Vinnik used his coins to skirt the law, launder money, and defraud “thousands” of victims. Moving forward, his lawyer Ilias Spyrliadi is appealing the Greek extradition decision. He has denied doing anything illegal, and remains jailed in Greece pending final decisions on the matter, according to the Tampa Bay Times.

French authorities are charging Vinnik with cybercrime, money laundering, membership in a criminal organization, and extortion. The extradition is somewhat surprising as, previous to this move, the Greek Supreme Court had approved his extradition to the U.S. to stand trial.

And there’s more. Earlier this month, Russian authorities sent a request for Vinnik’s extradition to the country to face cyberfraud. These developments have made this case into something of a tug of war between Russia, France, and the U.S., who are all vying for him to face charges in their jurisdictions.

His lawyer Spyrliadis said that a European warrant would usually take precedence over others, putting France first in line to prosecute Vinnik. Spyrliadis added that in practice it will be up to Greece’s justice minister to decide where he ends up.

Back in July 2017 Vinnik was originally arrested in Greece, when the U.S.’s Financial Crimes Enforcement Network (FinCEN) announced a $110 million penalty against BTC-e for violating anti-money laundering (AML) laws — these charges included a $12 million penalty for himself. Since then, the U.S. and Russia have both competed over his extradition.

In May of this year, after the U.S. extradition request was stalled, Greek law enforcement foiled an assassination attempt on Vinnik while he was incarcerated. It is suspected that the attempt was linked to a person or organization that did not want him to testify in Russia.

Furthermore, Greek authorities have reportedly rejected a request for asylum by Vinnik — and unfortunately for the international community the asylum request must be dealt with before the Greek courts can give a final ruling on the extradition. He is appealing this decision too.

France has accused Vinnik of defrauding thousands of people worldwide, including about 100 French nationals, by launching cyberattacks through his Bitcoin platform. As for the numbers, they allege he used 20,643 Bitcoin to launder around $155 million.

Also of note is that he has previously been accused of involvement in the Mt. Gox hack, which lead to the losses of over $450 million worth of Bitcoin from users of the exchange in 2014.

Tags: Alexander Vinnikauthoritiesbitcoinbtc-ecryptocurrencycybercrimeextraditionfraudgreecerussiatheftU.S.
Tweet123Share255ShareSend
BitStarz Player Lands $2,459,124 Record Win! Could you be next big winner? Win up to $1,000,000 in One Spin at CryptoSlots