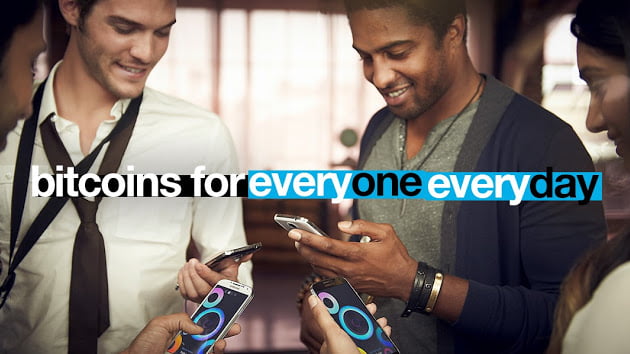 NewsBTC: Can you tell us a bit about Zebpay?

Sandeep: Zebpay is the world’s simplest Bitcoin app. For regular people who are not geeks, using Bitcoins has a learning curve. You have to understand concepts like Bitcoin addresses, network fee, confirmation time and so on.

The Zebras are here to rescue you from the bitcoin jungle. We are the simplest way you can buy, store and spend bitcoins.

NewsBTC: The Bitcoin space is growing fast, where do you see Zebpay fitting into the overall infrastructure?

Sandeep: In the Bitcoin ecosystem, Zebpay aims to be your Bitcoin leather wallet. The Bitcoin app you use daily in which you carry a few Bitcoins. You can then use Zebpay to easily send bitcoins to your friends, buy vouchers, top up your mobile airtime or find local bitcoin merchants.

NewsBTC: How is Zebpay different from other wallet and/or exchanges?

Sandeep: Zebpay is different as its main focus is ease of use. Zebpay users do not have to worry about wallet backups, Bitcoin addresses and so on. Your Bitcoins are connected with your mobile number. To open a Bitcoin wallet on Zebpay, all you need to do is verify your mobile number with an OTP.

NewsBTC: Is there anybody particular in your company whom you would like to introduce to our readers?

Sandeep: Mahin Gupta is our star co-founder. I call him the father of Bitcoins in India as he started India’s first Bitcoin company in 2013.

NewsBTC: How does the technology work?

NewsBTC: Why did you choose the bitcoin space?  Please tell us more about your team.

Since then, although Bitcoins’ adoption has grown exponentially, for regular users, using Bitcoins is still complex and scary. We started Zebpay with a mission to get regular people use bitcoins.

NewsBTC: Where do you see Bitcoin in 10 years – first in terms of value and second in terms of where it will fit into both online and off-line commerce?

Sandeep: In terms of value, I personally predict an exponential rise just like the rise we have seen in the last 5 years. This is very simple to predict because Bitcoin’s supply is limited . Its adoption is increasing. This means that though it might be volatile in the short or medium term, in the long term it’s a very scarce and precious resource which more and more people want.

In terms of its usage, just like ecommerce had a major impact on the retail industry, in 10 years, Bitcoins will completely disrupt the financial industry. Though the traditional financial industry will not disappear, it will be challenged and its future will be majorly impacted.

We believe that bitcoins will be THE network for all financial transactions and all existing national and international fragmented financial networks will disappear.

Bitcoins will be a major currency and payment network that will be used for online transactions.

Also besides direct financial applications, we will see Bitcoins in Blockchain 2.0 applications. For example, trusted 3rd party registration systems like for property, stocks and so on will move to the blockchain.

NewsBTC: How do you think the Indian Bitcoin/cryptocurrency scenario will be in the future? Any take on the government regulations.

This will make it easier for the Indian Bitcoin community to represent their case to the government for Bitcoin friendly regulation.

The US is already leading the way on having regulated Bitcoin exchanges. We appeal to the Indian government to proactively move ahead in this direction so legit Bitcoin businesses can flourish in the country.

NewsBTC: What can we, Bitcoin enthusiasts do to contribute to the future you speak of?

Sandeep: Download Zebpay, buy a few bitcoins and send them to your friends on their birthday 🙂

NewsBTC: How can our readers find out more about Zebpay?

Sandeep: Simply download Zebpay from dl.zebpay.com. We are the world’s simplest way to get started with Bitcoins.

Sandeep: Zebpay emerged as winners at CoinAgenda 2014, Las Vegas. This was a great vote of confidence by Bitcoin industry leaders in our vision, our product and our team.

Tags: bitcoinblockchaincoinagendaFeaturedindiaInterviewsOnlineProductsSandeep GoenkaStart-upswalletzebpay
Tweet123Share196ShareSend
BitStarz Player Lands $2,459,124 Record Win! Could you be next big winner? Win up to $1,000,000 in One Spin at CryptoSlots