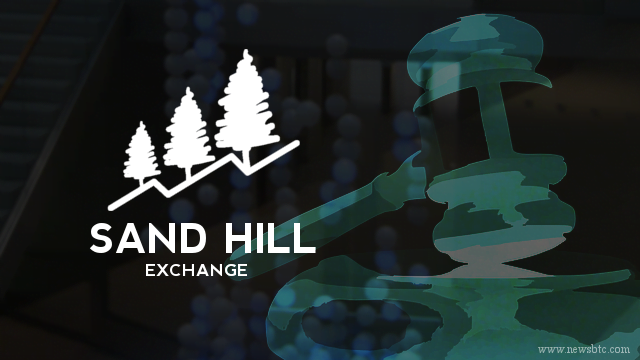 Sand Hill, an experimental stock market using bitcoin, has been fined $20,000 by the Securities and Exchange Commission (SEC) for alleged violations of the US Security Law. The company is a Boost VC graduate which allows investors to purchase synthetic shares in unlisted Silicon Valley companies, similar to a fantasy sports version of the stock market.

“An SEC investigation found that Silicon Valley-based Sand Hill Exchange was offering and selling security-based swaps contracts to retail investors outside the regulatory framework of a national securities exchange and without the required registration statements in effect,” said the agency in a statement. The founders of the site didn’t admit to or deny the allegations but agreed to SEC’s cease-and-desist order.

According to Sand Hill’s website, all the money they garnered from users has been refunded. “I personally accept all responsibility for any and all wrongdoing throughout the entirety of Sand Hill Exchange,” said Sand Hill creator Gerrit Hall in a video statement in response to the SEC allegations.

Hall says that the SEC investigation was prompted by a decision in March to allow users to pay using bitcoin during a private beta. “I believed the 2006 UIGEA provided a carve-out for skill-based competitions with parimutuel outcomes. The SEC found otherwise, determining this constitutes a securities-based swap. We have complied with their cease-and-desist order, terminated our beta and refunded our friends,” he explained.

“We were able to act quickly before any losses materialized in this offering that occurred outside the proper regulatory framework,” said SEC official Reid Muoio.

However, Hall says that they plan to continue operating Sand Hill without the use of any real currency. He also called for the creation of flexible financial innovation frameworks or “sandboxes” – something that bitcoin enthusiasts have been demanding in order to regulate cryptocurrency developments without restricting innovation.