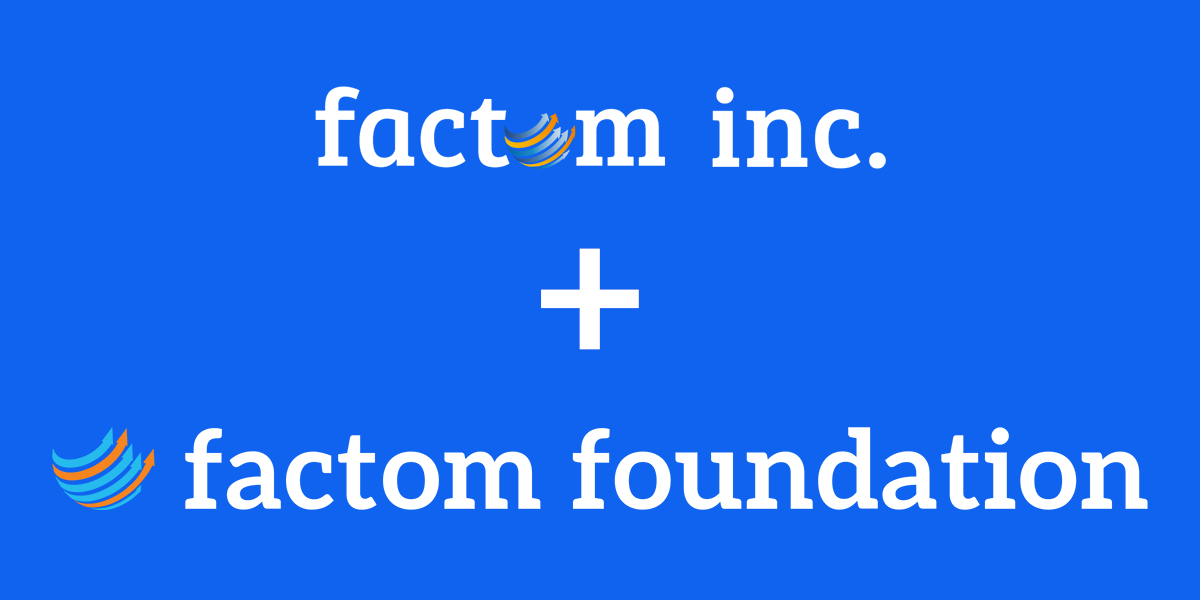 Last week The Factom Foundation released its latest project development news update. Factom is this year’s most awaited project in the cryptocurrency space. The concept behind Factom is a very innovative one since it enables company’s to use the technology without ever owning cryptocurrency.

Factom is a distributed, decentralized protocol running on top of Bitcoin. The software is open source, and anyone is free to use it for any purpose. The Factom network gives developers the tools to build a new generation

of applications that use blockchain technology. Factom uses a data layer on top of the Bitcoin blockchain, the Factom’s distributed ledger technology securing millions of real-time records in the blockchain with a single hash.

Unlike most databases, the blockchain is distributed across the Internet, making it practically impossible to shut down. Whereas the Bitcoin blockchain is a record of financial transactions, Factom is designed to store any type of data. This makes Factom an ideal platform for a wide range of applications, including financial systems, medical records, supply chain management, voting systems, property titles, legal applications, and much more. Factom’s anchors and “commit before you reveal” architecture enables Bitcoin’s very rigid ledger to include arbitrary records as well. Protocols like Counterparty, Omni, and Colored Coins can move to Factom Chains and not compete with Bitcoin Transactions.

The Latest updates and news

Factom Inc. surpassed its fundraising goal. They secured $1.1 million in commitments these last weeks. The Development team has been working through the weekends to bring the much-anticipated Beta. A very limited pre-release of Factom has been made available and has been on trials for some time.

The new Factom token “Factoid” has been performing well during testing along with its command line wallet. The team has been losing a lot of time fixing some bugs discovered in the RC1 (Release Candidate One) a fundamental piece for launching the Factom network. One of the main focuses of their work is now the network and data structures. The team anticipated that RC2 will be available shortly thanks in part to the hard work of volunteer testers who have been long contributing with the team.

Clients initially had a load issue. They were maxing out at about 60 entries per 1-minute block. One of the developers was able to increase this to 10,000 per 1-minute block. The team has also been stress testing the servers to ensure everything works fine and correct eventual issues. That will buy them time to ensure that the Factom system is not limited by the number of entries created.

The Factom Foundation was also involved with the sponsorship for the HackCoin’s hackathon in London. The latest update shows the team determined Ireland as the appropriate location to place their servers. The server migration process is set to start within the coming weeks.

This last week, The revealed it a little closer for the release of the RC2. The  team found two bugs in the peer to peer network layer. Having identified these issues, the team is solving both of them in order to move forward.

Many enthusiasts are excited about this Project and its popularity is increasing as well as the interest from a lot of companies. Hopefully, Factom is scheduled to be released and fully operational later this year.