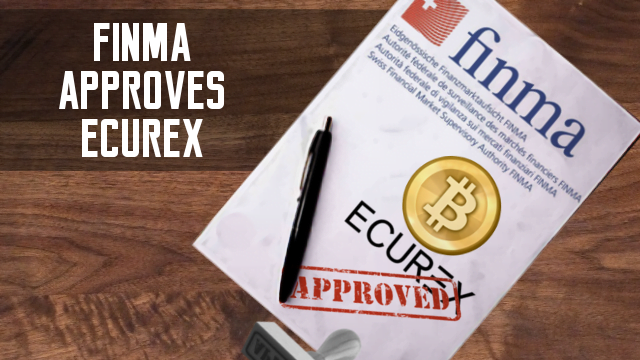 Swiss-based cryptocurrency exchange platform ECUREX has announced via a press release that it has become the first such bitcoin exchange to be fully compliant with the Swiss Banking Act.

The Swiss regulator, Financial Market Supervisory Authority (FINMA) released a letter after conducting an investigation which ran for sixteen months, stating that ECUREX’s business model is compliant with the Swiss Banking Act.

ECUREX has another prestigious achievement to its name; it is also the first bitcoin exchange compliant with the Swiss Anti-Money Laundering Act since April last year. These are major feats concerning that the regulator had issued a warning earlier that digital currencies should be scanned for money laundering potential.

The press release stresses the point that since Switzerland considers digital currencies like Bitcoin equivalent to other foreign currencies, the operations of Bitcoin trading platforms constitutes financial intermediation with the requirement to conform to both the Banking Act and the Anti-Money Laundering Act.

Switzerland has, for long, been considered a tax haven for wealthy individuals and corporations who resort to money laundering activities. The financial markets regulator aims to shed that undesirable tag by putting in place stricter regulations for Bitcoin and other cryptocurrency-related operations.

The ECUREX team is currently working on its next milestone – making the ECUREX trading system operational.

ECUREX is the digital finance marketplace for professional traders and financial institutions, dedicated to providing a secure and fully compliant access to advanced financial instruments and information services ensuring speed of operations, reliability and convenience.

Tags: bitcoinBitcoin in SwitzerlandcryptocurrencyECUREXfinmaNewstrading
Tweet123Share196ShareSend
Win up to $1,000,000 in One Spin at CryptoSlots